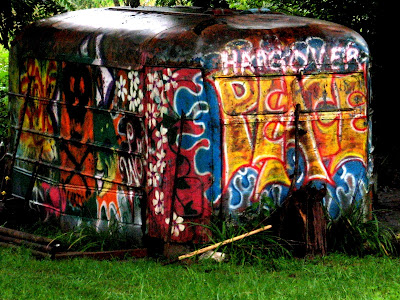 If the doors of perception were cleansed everything would appear to man as it is, infinite. —William Blake

One day last month we went to Cowee Valley. It was the perfect place to spend an afternoon watching a summer thunderstorm, a great blue heron, a flock of red-winged blackbirds.

Later, just past the ruby mine road on the way to the water gardens, I spotted an incongruous psychedelic box near the creek. The object they call the "Hippie Bus" is an odd time capsule in the midst of immaculate pastureland and farmsteads. 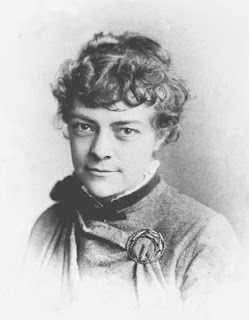 You can’t help but wonder where people have gone in that Hippie Bus.

Last month, too, I picked up a new edition of Margaret Morley’s 1913 book, The Carolina Mountains. I’d read it a long ago and appreciated that she wrote her book around the same time as Horace Kephart’s Our Southern Highlanders. It intrigued me to compare their perspectives on mountain life…to the point that I once broadcast an in-depth conversation between Horace Kephart and Margaret Morley…not exactly standard fare for commercial radio!

It’s hard to believe that the Hippie Bus is one hundred years old, but you never know. I say that because I opened to page 269 and read a passage that made me think that Margaret Morley rode the Hippie Bus through Cowee. How else do you explain this pair of sentences:

In the valley of the Cowee Creek these two lovely gems, the ruby and the rhodolite, have blossomed side by side in the rocks, each extracting from them what it needed to bring to expression the spirit of inorganic life, just as in the crumbling soil above them the roses and rhododendrons have blossomed each in its own rare colors to express the inner spirit of the plant. And who shall say that the same necessity, impelling the crystals through cycles of cosmic pressure to emerge in permanent forms of beauty, does not impel flowers of the upper air to clothe themselves in transitory loveliness?

For all I know, William Bartram rode the Hippie Bus through Cowee in 1775. Obviously, Bartram had blown the hinges off the doors of perception long before his moveable feast of botany and language reached the Little Tennessee:

Some of these roving beauties stroll over the mossy, shelving, humid rocks, or from off the expansive wavy boughs of trees, bending over the floods, salute their delusive shade, playing on the surface; some plunge their perfumed heads and bathe their flexile limbs in the silver stream; whilst others by the mountain breezes are tossed about, their blooming tufts bespangled with pearly and chrystaline dew-drops collected from the falling mists, glistening in the rainbow arch. 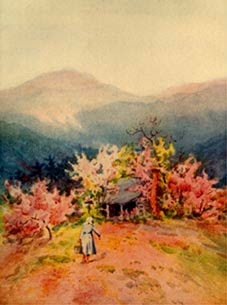 Let’s return, though, to Margaret Morley (1858 – 1923) who lived near Tryon, explored the mountains and wrote about what she saw. The Carolina Mountains also includes two dozen of her photographs. Some of them are staged tableaus of entire families, posing on their front porches. Others are straightforward documentation of geographic features. Several photos do stand out; for instance, one of her most memorable images - "The Sorghum-Cutter". In fact, the North Carolina Museum of History just concluded an exhibition of Morley photographs.

Morley moved to Tryon because of her close friend Amelia Watson, a watercolor artist with whom she had collaborated. Watson illustrated an 1896 edition of Thoreau’s Cape Cod, and her watercolor shown above is featured as the frontispiece for The Carolina Mountains.

Like Horace Kephart, Margaret Morley advocated protection of the mountains and devoted a whole cha

pter of her book to the Southern Appalachian National Park.

Maybe Horace even joined in with Margaret to drive that Hippie Bus all the way into town. I can almost hear them now, rolling out of Cowee and making awkward Victorian small talk with each other:

Margaret - To come from the turmoil of city life to these mountains is like taking a journey back into the history of the past.

Horace - I was seeking a Back of Beyond…In Far Appalachia, it seemed that I might realize the past in the present, seeing with my own eyes what life must have been to my pioneer ancestors of a century or two ago...

Margaret - Oh! Ahead there, Horace, it is the village of Franklin, with the Nantahala rising, an exquisite background, behind it. And seeing it thus in the mystical light of the summer day one has again that vision of what the earth might be, and will be, when future generations are moved by the power of beauty that is finally to conquer the world.

Horace - That's...uhh...groovy, Margaret, groovy...ahem... Myself, I wanted to enjoy a free life in the open air, the thrill of exploring new ground, the joys of the chase, and the man’s game of matching my woodcraft against the forces of nature, with no help from [blah blah blah...] 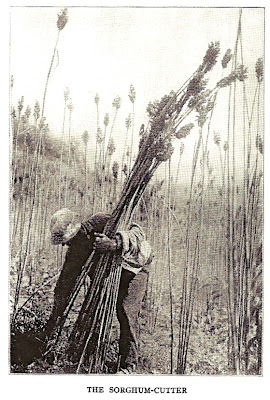 The hippie but has gotten a new coat of grafiti you should check it out!

Well that's something I will have to see. It's about time to get back to Cowee anyhow.

Please ! You are always welcome. We re-paint the bus every Easter Sunday (weather permitting)Come check it out See ya