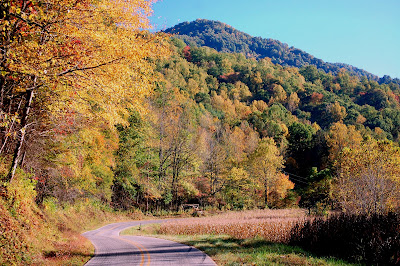 Well the older generation
they got something to say
But they better say it fast
or get outta the way
-Neil Young
Whenever I go back to my hometown, it’s easy to visit a whole bunch of people I remember from growing up. But they don’t have much left to say. They’re in the cemetery.
Long ago, I enjoyed hearing their stories. It wasn’t uncommon to talk with people born in the 19th century. Now, it’s all but impossible. One of the last conversations I had with someone born prior to the twentieth century was with Robert Lee Franks (1897-2000). While transcribing the 1990 interview, I recognized the poetry in his way of speaking. Language evolves, of course. And when the gentle rhythms of the past are gone, that’s just the inevitable toll of Progress. It’s not like we can turn back the clock. Sometimes, though, the silence is deafening.
Anyhow, here’s what Robert told me.
Making Corn
It took lots of ground to make corn,
The way the old people farmed it
On these hillsides,
Four foot apart the rows,
Hills of corn four foot apart.
Now that takes a big patch
To make anything.
We grew the Pigeon White, they call it,
And the Hamburg Red Speckled for a long time.
And we got off from that on to a corn
That was mixed a little bit with sweet corn,
Made a great big long grain
Sort of like Hickory King
But it would get ripe quicker.
Sometimes we’d grow a little wheat
And make our flour,
But not often, though.
We just traded corn
For most everything.
Posted by GULAHIYI at 8:44 AM