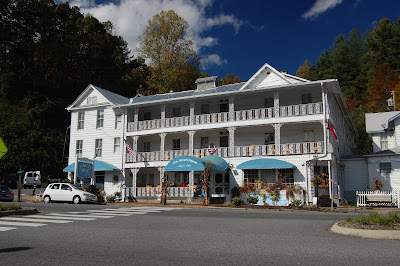 My lunch hour ritual is to get out of the office and take a stroll on Main Street.

The fresh air is nice and you never know who you’ll see. Best of all are the chances to learn new things and help other people.

Several months ago, I was waiting at the edge of the street, when a little pickup truck slowed to a stop. The driver waved me across, and as I stepped from the curb, he stuck his head out the window. It was a lawyer that I knew.

I took several lessons from this encounter. First, it confirmed what I already knew about lawyers. Second, it taught me to keep a safe distance from little hunter green pickup trucks. Mostly, it inspired me to seize any fleeting opportunity to do something useful for mankind.

With a renewed sense of purpose, it was only a matter of time before I faced a golden opportunity. A car pulled up with a harried couple inside.

“Dammit, how do we get to Ca-SHEERS from here?” the lady growled. The exasperated man jabbed the air, “Why don’t you put up a few road signs in this damned town?”

“Ca-SHEERS?” I responded cordially, “Sure, I can tell you where to go.” Having learned my lessons I was ready to do a good turn. I pointed to the next stoplight and said confidently, “Take a left up there and get on Highway 74 EAST to Waynesville, then go SOUTH on Highway 276. Follow that a few miles to Highway 64. Then go WEST on 64.”

They grunted, peeled off, and (yes!) took a left at the light, while I bade them a fond adieu.

Perhaps it’s my new attitude that makes me so approachable. I don’t know. But I do know that hardly a week passes without some stranger stopping me on Main Street to ask for assistance.

For instance, just a few days ago, I was on my way to return a library book when a church bus screeched to a stop. The front passenger’s door flew open and an older gentleman burst out, sprinting straight toward me.

“Great,” I noted to myself, “another chance to help a traveler in need.”

I began sternly, “Why’d you come all this way to eat at the Jarrett House? Surely they serve country ham and overcooked canned vegetables in …” I glanced at the side of the bus, “…in Monck’s Corner, South Carolina!”

His eyes narrowed, and then I chuckled, “Just kidding…I can tell you where to go. But it’s funny you should mention the Jarrett House. Did you know…”

The man seemed agitated and kept shifting his weight from one foot to the other. But I figured if he needed to find a restroom, he would have asked. So I continued.

“Did you know about Robert Frank Jarrett? He was the original proprietor of the Jarrett House, and he wrote THIS very book way back in 1916.” I held up the volume entitled Occoneechee – The Maid of the Mystic Lake and pointed to the author’s name on the cover. “How’s that for coincidence?”

“Yep, that’s Mill Street over there,” I said with a vague wave of my hand, “but get this…” I opened the book, “I just love the preface that Robert Frank Jarrett wrote.”

I cleared my throat and began reading, “Realizing that the memory of a nation is best kept aglow by its songs and the writings of its poets, I have been inspired to write Occoneechee. Trusting that a generous people may hail with delight the advent of this new work, I now dedicate its pages to all lovers of music, poetry and fine art.”

I looked at the man, “Pretty neat, huh? Amazing when you consider this came from the guy that ran the Jarrett House! If I’m not mistaken, some old football coach owns the place now.” 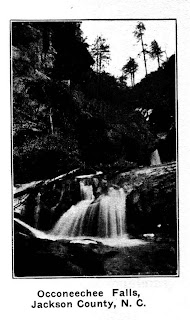 “Nah,” I assured him, “around here everybody calls it BACK Street, but it turns into West Main Street and then it’s something else when it gets to Dillsboro.”

I opened the book again and began pointing to some of the old photographs. “Look at this! Occoneechee Falls, except they don’t call it that anymore. Actually I don’t know WHERE that is.” I turned the page, “And here’s a picture of Occonestee Falls. You should go there if you have the time.”

“Overpriced, like everything else on the menu, but look, Robert Frank Jarrett wrote this epic poem based on an old Cherokee legend. It goes on for…” I thumbed through the book, “…almost a hundred pages.”

“How late do they, when do they, stop serving lunch?”

“Makes you wonder how long it took Robert Frank Jarrett to write this poem. Incredible, huh?” And I held up the book again so the man could admire it.

The bus driver revved the engine a couple of times, while my new friend bobbed his head frantically and gestured toward Back Street.

He blurted out, “Which way did you say? How do we get…”

“I almost forgot! Robert Frank Jarrett even wrote a song with Mrs. Sadie T. Hutchison called Occoneechee. The sheet music is in the book, and it goes like this.” I started to sing:

In the forest of the Smokies
Where Oconaluftee flows,
Dwelt a maiden long forgotten
Where the rhododendron grows.

The man’s jaw dropped. The bus driver tapped the horn. I kept singing.

She was pure and true and holy
And her cheeks were like a rose.
And her voice was soft and mellow
As the gentlest breeze that blows.

The man turned and scrambled back toward the bus. I followed along, held out the open book and invited him to join me on the chorus:

He jumped into the bus, pointed a bony finger at me, and sputtered, “You can just…you can just…go to Hell. We’ll find somebody else to give us directions to the Jarrett House.”

I smiled and waved. “Sure,” I thought to myself, “ANYBODY can tell you how to find the Jarrett House. But who else is going to tell you all about Robert Frank Jarrett and the legend of Occoneechee?”

I yelled at the rapidly departing bus, “Have a good ‘un! And, oh, I’d recommend the RAINBOW TROUT! Bon appetit!” 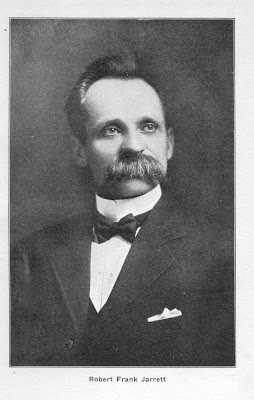 the present owner was a basketball coach; And a very good one too.
I loved your directions to Cashiers!
you will put the chamber out of business. keep up the good works!

You shouldn't be harrassing the tourists, they are so important to the local economy... or so I have heard from the businesses that make money from them.
Ahhh, it's wonderful living in a service economy!
Take care and keep up the good work!