Bayard Wootten is one of the underappreciated heroes of North Carolina culture, and one of my favorite photographers. So, a pleasant surprise awaited me as I explored a historic waterfront neighborhood in New Bern the other evening. Across the street stood a sign marking Wootten's birthplace. 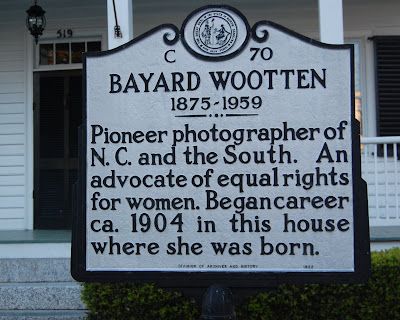 A simple house with ample porches, it's a private residence today. 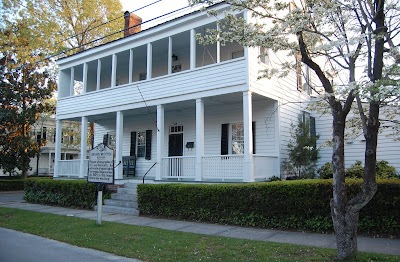 For a 235-year-old house, it appears to be holding up quite well. 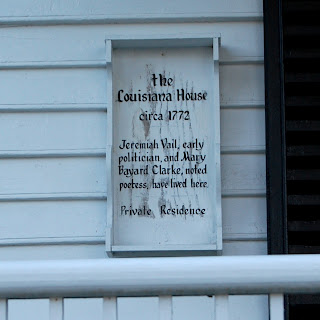 I first posted the following appreciation of Bayard Wootten in January 2007: 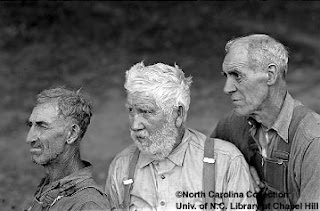 The camera is not a free agent as brush or pencil, but relentlessly records things as they are. So the artist must bring to her aid strong contrasts of light and shade, artistic grouping and rhythmic lines. To use a camera as a means of artistic expression, a certain quality of spirit must be brought to light and air. – Bayard Wootten 1926

It is unfortunate that there is no Appalachian Photography Hall of Fame. It would showcase some superb, and largely unknown, work from the past century and a half. Certainly, Mary Bayard Morgan Wootten (1875-1959) would deserve to be one of the first inductees. Born in New Bern, North Carolina, she overcame economic hardship, gender discrimination, and the obscurity of a small-town upbringing to become the state's most significant early female photographer. I'd call her a hero. Her father, Rufus Morgan, was one of the earliest photographers to work in Western North Carolina and many of his stereoscopic images survive.
During her lifetime, Wootten provided the photographs for several books, including Muriel Earley Sheppard’s Cabins in the Laurel, a 1935 account of mountain people. The photograph displayed abov 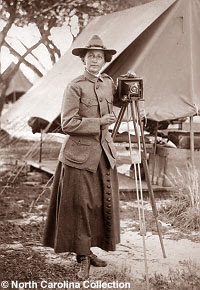 e, "Horse Traders, Bryson City, NC", is from that decade.
Wootten found the right blend of technical artistry and compelling subjects to produce timeless images. More than 130 of her photographs are collected in Light and Air: The Photography of Bayard Wootten. It has been said of her: "Wootten's most notable accomplishment was the creation of a photographic record of black and white Americans in the lower reaches of society--persons that other photographers often ignored."

Many of Wootten's photographs, such as this 1939 shot of a Winston-Salem tobacco warehouse, were published as postcards. 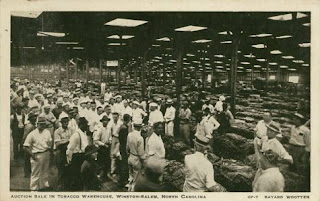 Pepsi-Cola originated in New Bern and according to Jerry Cotten, the editor of Light and Air, an unconfirmed Wootten family legend holds that Bayard Wootten created the first logo for the soft drink in 1898.

Bayard Wootten's grandmother was the author and poet Mary Bayard Clarke (1827-1886), who wrote to her son in 1873:
"Live your own life is my motto but I was brought up to think that I ought to live somebody else's life."
In an admirable and courageous manner, Bayard Wootten managed to live her own life rather than somebody else's life, and we're all the richer for it.
Posted by GULAHIYI at 9:49 AM

An amazing photographer. Her photos at UNC in Chapel Hill are worth a full day of viewing and reflection.