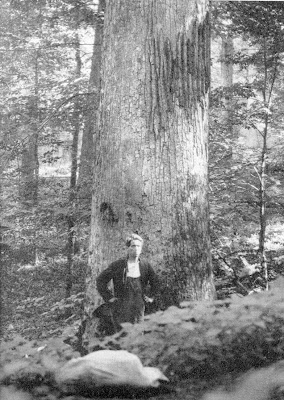 Wiley Oakley, The Roamin' Man of the Mountains

Sometimes, the natural history of the Great Smoky Mountains overshadows the human history. But there was a time when the two were more closely intertwined, and it's worth celebrating the lives of the people who called the Smokies home in the years leading up to the creation of the Great Smoky Mountains National Park.
Consider Wiley Oakley (1885-1954). His name alone suggests someone you'd want to meet. Born and raised in Gatlinburg, Wiley gained a reputation as a simple, hard-working and good-natured man, quick to help anyone in need.
During the early years of the Park, Wiley became the unofficial ambassador of the Great Smokies. With his encyclopedic knowledge of plants, animals and geography, along with the ability to share homespun tales from his life, Wiley Oakley became a featured guest on radio stations in major cities across America. His growing popularity earned him one nickname, "the Will Rogers of the South." 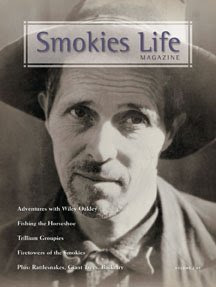 From the 1936 book, The Great Smoky Mountains, Laura Thornborough shares this Wiley Oakley story:
"I was guidin' some girls up Le Conte and had toted some potatoes along because I like potatoes cooked in the ashes," Wiley began. "Hit war cold that night and to keep 'em from freezin' I planted the taters under a balsam tree. Next day when I was diggin' 'em up, one of the girls seed me and wanted to know what kind of tree that was. I tole her it was a balsam tree and jes' for a joke, I never dreamt she'd believe it, I says, 'and these here are balsam potatoes.'"
"She 'lowed that she never heared that potatoes growed on balsam roots and wanted to taste 'em. So when I had cooked 'em in the ashes I gave her one. She divided with the other girl, who said it tasted like ordinary potatoes to her, but the first girl says, 'No, it tastes stronger!' That tickled me. I 'low they were burnt a little grain with the smoke, and when she says they are stronger than ordinary potatoes, I thought I'd bust out laughin'."
"Goin' down Le Conte that afternoon, the first girl wanted to stop under some balsams and dig some potatoes to take home with her. I tole her that only the she-balsams growed potatoes. Us mountain people," he explained, "call the spruce 'he-balsam,' and the mountain balsam we call 'she-balsam.'"
Then he resumed, with a chuckle, "That girl wanted me to find a she-balsam. She shore did. But, 'course I couldn't find nary one. But the first girl must uv believed me, 'cause when I was down to Knoxville atter that, a man I knowed stopped me on the street and he says, 'Wiley, why did you tell those girls that yarn about balsam potatoes ? They believed you and come back and tole everybody that Wiley Oakley tole them that balsam trees growed potatoes on their roots, and they'd even had some to eat.'"
"I 'lowed to him I never dreamt they'd believe a yarn like that. When I'm a yarnin'," he concluded seriously, "I allers tell 'em they don't have to believe it if they don't want to. Or sometimes I just yodel after I've tole a big 'un!"

If you click on the following link, you can actually hear Wiley Oakley telling a story (recorded around 1928 - a couple of minutes long). Depending on whether he's yarnin' or not, Wiley may or may not cut loose with a yodel when he gets to the end, but you'll have to listen to find out which way it goes.
http://www.cas.sc.edu/engl/dictionary/transcripts/Oakley_Wiley_2.mp3 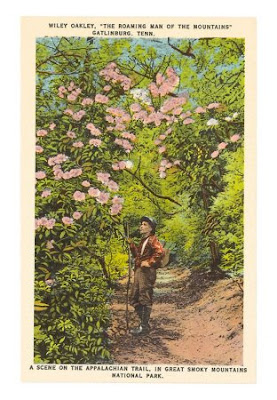