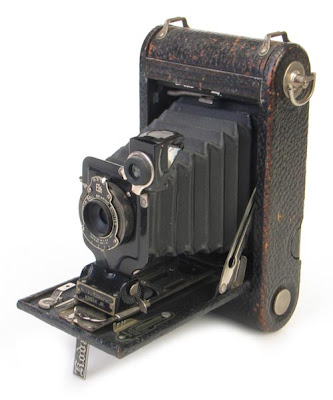 Kodak camera similar to that used by Dutch Roth 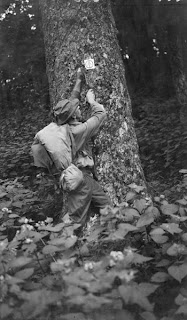 Last year I proposed an Appalachian Photography Hall of Fame and nominated a few of my favorites for induction:

I’m grateful to these photographers for opening my eyes and my soul to a vanished, or perhaps, a hidden world. And I can add one more photographer who has done that for me.

Somehow, until this week, I was unfamiliar with Arnold Gordon "Dutch" Roth (1890-1974), from Knoxville, Tennessee.

The University of Tennessee Library has posted an online collection 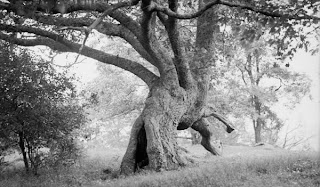 of almost 900 Roth photos, taken mostly from the 1920s through the 1950s. Roth covered a lot of territory including the Great Smokies, Blue Ridge Parkway, Appalachian Trail, Joyce Kilmer Forest, and the Cumberland Mountains. From the UT site we read:

Albert Gordon "Dutch" Roth, born September 20, 1890 in Knoxville, Tenn., is recognized as one of the most prolific early photographers of the Great Smoky Mountains' Greenbrier and Mount Le Conte sections. 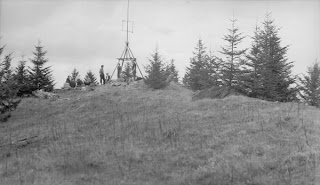 What began in 1913 as a diversion soon developed into a serious avocation as Roth perfected his penchant for photography while avidly hiking the unexplored regions near his home. He worked exclusively with a Kodak 122 camera, and, often carrying a heavy tripod, would climb twenty to thirty feet up a tree or venture hundreds of yards off the trail to capture the landscape images for which he would later be noted. 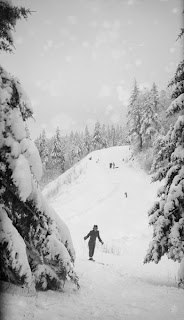 Roth remained an amateur photographer, and, consequently, his photographs were never highly distributed. Because of his frequent travels in the mountains and early association with a local hiking club, he left a valuable collection of images that illustrate the pioneer way of life before the advent of the national park.

In a 2003 interview, Margaret Roth remembers that her father hiked Mount Le Conte more than a hundred times.

You can follow this link to browse all 898 of the Roth photos in the UTK collection.
http://diglib.lib.utk.edu/cgi/i/image/image-idx?c=rth;g=gsmc;page=index%20

I’ve selected about 50 of my favorite Dutch Roth photos that you can browse from this link. 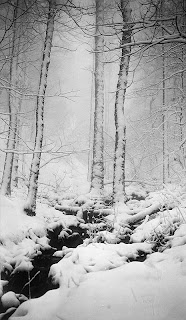 From top, the thumbnail images include a picture of Dutch Roth working on the Appalachian Trail, an oak tree on the state line near Laurel Top, the summit of Richland Balsam, skiers at Indian Gap and a snowy stream near Tremont.
Posted by GULAHIYI at 7:12 AM