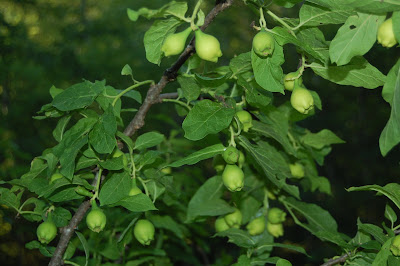 While hiking recently near the Chattooga River and again at Panthertown Valley, I saw a large shrub that would have been inconspicuous except for the many pear-shaped fruits hanging from its limbs. To be more accurate, I’d say the fruits bore a resemblance to green figs in size and shape, though I knew they weren’t figs. This was one I didn’t recognize and my plant books weren’t much help. But a plant-savvy friend advised me it was a buffalo nut (Pyrularia pubera).

I’m glad that I had resisted the temptation to pick one of the fruits and bite into it. The buffalo nut is a poisonous plant, toxic when taken in large quantities, though just tasting the seed causes severe irritation of the mouth. Early colonists observed the bison and elk (then present in the Eastern woodlands) eating the fruits in winter, hence the common names buffalo nut or elk nut were applied to the plant. Other names included oil nut, mother-in-law nut, rabbitwood, mountain coconut, crazy nut, and Cherokee salve. The nut is actually a brown marble-sized nut inside the green pear-shaped drupe.

George Ellison has written a detailed natural history of the buffalo nut, with references to the early botanists' investigations of the plant. The Cherokees used the plant to make a salve for treating old sores. An oil extracted from the nut was a potential source of lamp oil. 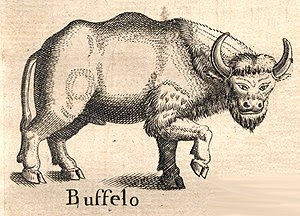 Growing at scattered sites throughout the Southern Appalachians, the buffalo nut is a member of the sandalwood family, and like many plants in that family is a parasite. The roots of the buffalo nut latch on to a host plant and obtain nutrients and water from the root system of the host. The buffalo nut can parasitize a great number of native tree species. In particular, it has been associated with a tree that has disappeared from our forests, the chestnut, and another tree that is rapidly disappearing, the hemlock. But given its ability to thrive as a parasite, it will likely continue to hold a place in the understory of old disturbed forest sites throughout the Appalachians…

…pretty to look at, but not something you’d want to taste. 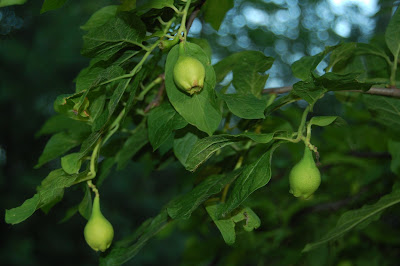