"reckon up all the names of these wild apples"

So as I say poetry is essentially the discovery, the love, the passion for the name of anything. – Gertrude Stein 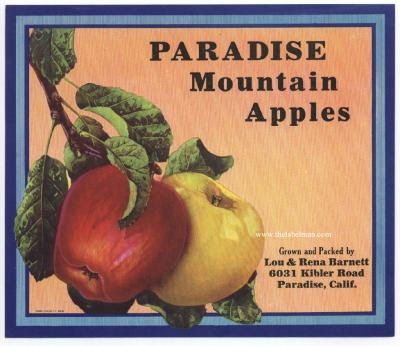 The odd perversity of human nature. How else can you explain it? The fruit associated with our expulsion from Paradise is the fruit we hold in highest regard.

The forbidden fruit,
The golden apples,
The apple of discord,
Adam’s Apple,
William Tell’s apple,
Isaac Newton’s apple,
Johnny Appleseed’s apple,
Apple of my eye,
Apple a day,
Baseball hot dogs apple pie and Chevrolet,
An apple for the teacher,
The Big Apple
And one bad apple.
How ‘bout them apples?

On a brisk October afternoon in the 1850s Silas McDowell wandered the Cullasaja Valley searching for wild apples. On that same afternoon, hundreds of miles to the north, Henry David Thoreau set out from Concord searching for wild apples. Silas left us the Nickajack, the Alarkee, the Equinetely, the Cullawhee, the Junaluskee, the Watauga, the Tillequah and the Chestooah. Henry left us a treatise on Wild Apples in which he contemplated the naming of them. 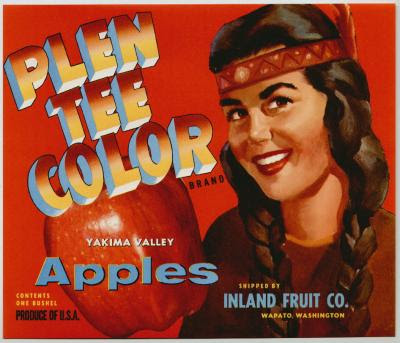 Oh, the delights of pomaceous nomenclature! When enthobotanist Gary Nabhan visited Highlands recently, he spoke of the many varieties of apples originating from the Southern Appalachians:

I think the names of these apples are interesting because some of the varieties go by multiple names. The Nickajack apple that was first promoted in Franklin was also known as Carolina Spice, Spotted Buck, Colonel Summerhour and World’s Wonder. What a great name for an apple – World’s Wonder. You have things like Hubberson’s Nonesuch and Seek-No-Further. Just park yourself under that tree and wait for them to fall into your lap! That’s about the highest compliment you can give another species. Seek No Further! 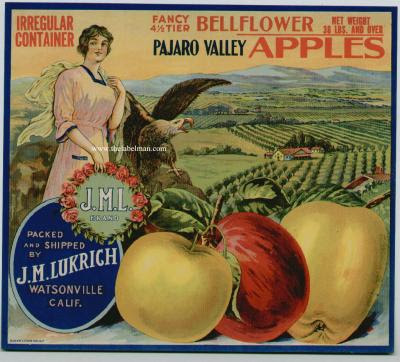 When apple breeders breed apples they must eventually name those apples. That was the challenge facing some Minnesota apple breeders after they crossed a Gala with a Braeburn:

We put a very scientific 'keep an eye on this one' note on the Sugar Shack tree. Of course, we hadn't named it yet, and we are the type of people who would name an apple 'Keep An Eye On This One,' but we later thought 'Sugar Shack' was a better name. The guys who named the apple variety 'Westfield Seek-no-further' in Connecticut 'way back in the mid-1700's didn't do too bad with a novel name, though. Antique apple collectors are still growing the variety, and the intriguing name certainly has something to do with that. We could name an apple 'Minnesota Never-stop-growing-this-one' and then hang around a few hundred years and see if it worked. It's worth a shot. 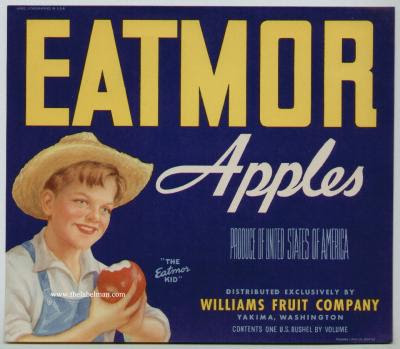 Some UK orchardists consider how the naming of apples has become yet another corporate enterprise in this fallen world:

Part of the appeal of the old heritage apple varieties is their good honest names. In the "good old days" apples were named without fuss. A common strategy was the name of the person who discovered them - Pott’s Seedling, Cox’s Orange Pippin, Kidd’s Orange Red, Granny Smith, Chivers Delight and so on. If that didn’t have quite the right ring to it, the name of the local village might suffice: Ribston Pippin, Barnack Beauty, Allington Pippin, Braeburn. Another popular strategy was to borrow the name of a famous person such as Lord Lambourne, Freyberg, Bismarck for example. If you were stuck (or not very inventive) you just went for something really simple like Red Delicious or Golden Delicious. In the 21st century however the important job of naming (or branding) new apple varieties is no longer left to the happy grower, but has been taken over by marketing departments, who see apples as just another consumer item, and might as well be naming a new car as a new apple. Thus we have Kanzi, a brand new 21st century apple, which means "hidden treasure" in Swahili - of course.

For the last word on this subject, I’ll yield to Henry David Thoreau for a passage from Wild Apples:

The Naming of Them

[73] It would be a pleasant pastime to find suitable names for the hundred varieties which go to a single heap at the cider-mill. Would it not tax a man's invention,--no one to be named after a man, and all in the lingua vernacula? Who shall stand godfather at the christening of the wild apples? It would exhaust the Latin and Greek languages, if they were used, and make the lingua vernacula flag. We should have to call in the sunrise and the sunset, the rainbow and the autumn woods and the wild flowers, and the woodpecker and the purple finch and the squirrel and the jay and the butterfly, the November traveller and the truant boy, to our aid.

[74] In 1836 there were in the garden of the London Horticultural Society more than fourteen hundred distinct sorts. But here are species which they have not in their catalogue, not to mention the varieties which our Crab might yield to cultivation.

[75] Let us enumerate a few of these. I find myself compelled, after all, to give the Latin names of some for the benefit of those who live where English is not spoken,--for they are likely to have a world-wide reputation.

[76] There is, first of all, the Wood-Apple (Malus sylvatica); the Blue-Jay Apple; the Apple which grows in Dells in the Woods, (sylvestrivallis), also in Hollows in Pastures (campestrivallis); the Apple that grows in an old Cellar-Hole (Malus cellaris); the Meadow-Apple; the Partridge-Apple; the Truant's Apple, (Cessatoris), which no boy will ever go by without knocking off some, however late it may be; the Saunterer's Apple,--you must lose yourself before you can find the way to that; the Beauty of the Air (Decus Aëris); December-Eating; the Frozen-Thawed, (gelato-soluta,) good only in that state; the Concord Apple, possibly the same with the Musketaquidensis; the Assabet Apple; the Brindled Apple; Wine of New England; the Chickaree Apple; the Green Apple (Malus viridis);--this has many synonyms; in an imperfect state, it is the Cholera morbifera aut dysenterifera, puerulis dilectissima;--the Apple which Atalanta stopped to pick up; the Hedge-Apple (Malus Sepium); the Slug-Apple (limacea); the Railroad-Apple, which perhaps came from a core thrown out of the cars; the Apple whose Fruit we tasted in our Youth; our Particular Apple, not to be found in any catalogue,--Pedestrium Solatium; also the Apple where hangs the Forgotten Scythe; Iduna's Apples, and the Apples which Loki found in the Wood; and a great many more I have on my list, too numerous to mention,--all of them good. As Bodæus exclaims, referring to the cultivated kinds, and adapting Virgil to his case, so I, adapting Bodæus,--

"Not if I had a hundred tongues, a hundred mouths,
An iron voice, could I describe all the forms
And reckon up all the names of these wild apples." 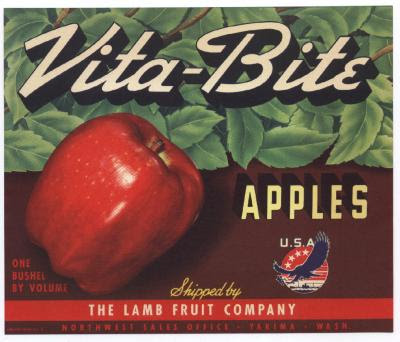 I realize that the apple has been traditionally represented as the Fruit from Eden, but we don't actually know what the fruit was. It could have been anything.