Sauntering Toward the Holy Land 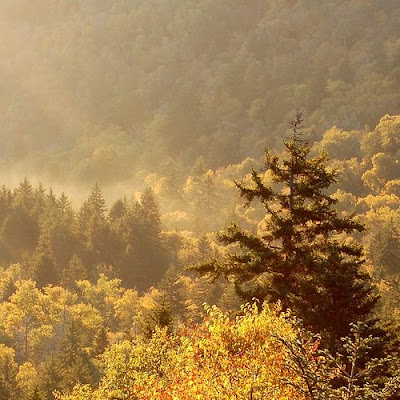 I enjoy learning about the failures of great people. These days, success of a certain kind, success in the eyes of the world, is such a crucial standard, at whatever cost it is attained. I find it encouraging that Henry David Thoreau floundered so badly during his life, at least by the measures of success that many would employ, and persevered with his mission anyhow.

Generally, Thoreau was anything but esteemed in the first years after his death. Robert Louis Stevenson stated confidently, "Thoreau’s content and ecstasy in living was, we may say, like a plant that he had watered and tended with womanish solicitude; for there is apt to be something unmanly, something almost dastardly, in a life that does not move with dash and freedom, and that fears the bracing contact of the world. In one word, Thoreau was a skulker. He did not wish virtue to go out of him among his fellow-men, but slunk into a corner to hoard it for himself. He left all for the sake of certain virtuous self-indulgences."

Perhaps he would have titled it "Skulking" if he had listened to the Robert Louis Stevensons of the world, but again today I recalled Thoreau’s essay, "Walking." I recognize it would be impossible for me to adequately describe such a day as this autumn day in the Smokies, so I’m grateful to have the luxury of turning to Thoreau, and the conclusion of his remarkable essay, instead:

We had a remarkable sunset one day last November. I was walking in a meadow the source of a small brook, when the sun at last, just before setting, after a cold grey day, reached a clear stratum in the horizon, and the softest brightest morning sun-light fell on the dry grass and on the stems of the trees in the opposite horizon, and on the leaves of the shrub-oaks on the hill-side, while our shadows stretched long over the meadow eastward, as if we were the only motes in its beams. It was such a light as we could not have imagined a moment before, and the air also was so warm and serene that nothing was wanting to make a paradise of that meadow. When we reflected that this was not a solitary phenomenon, never to happen again, but that it would happen forever and ever an infinite number of evenings, and cheer and reassure the latest child that walked there, it was more glorious still.

The sun sets on some retired meadow, where no house is visible, with all the glory and splendor that it lavishes on cities, and perchance, as it has never set before, — where there is but a solitary marsh hawk to have his wings guilded by it, or only a musquash looks out from his cabin, and there is some little black-veined brook in the midst of the marsh, just beginning to meander, winding slowly round a decaying stump. We walked in so pure and bright a light, gilding the withered grass and leaves, so softly and serenely bright — I thought I had never bathed in such a golden flood, without a ripple or a murmur to it. The west side of every wood and rising ground gleamed like the boundary of elysium, and the sun on our backs seemed like a gentle herdsman, driving us home at evening.

So we saunter toward the Holy Land; till one day the sun shall shine more brightly than ever he has done, shall perchance shine into our minds and hearts, and light up our whole lives with a great awakening light, so warm and serene and golden as on a bank-side in Autumn.

From Walking, by Henry David Thoreau
Posted by GULAHIYI at 10:31 PM