When you can whip any man in the world, you never know peace.

I know where I'm going and I know the truth, and I don't have to be what you want me to be. I'm free to be what I want.
There are more pleasant things to do than beat up people.
-Muhammad Ali 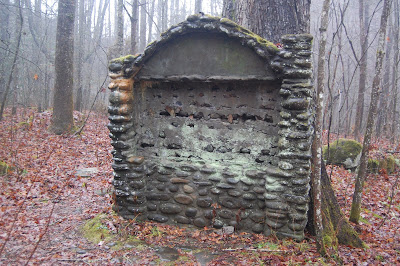 Just a short distance up the Kephart Prong trail are scattered traces of a Civilian Conservation Corps (CCC) camp established in the 1930s. From 1933 until 1942, CCC crews planted trees and made improvements to roads and other facilities in the Great Smoky Mountains National Park.

I already knew about the Kephart Prong CCC camp and the logging operations that preceded it, but a surprising paragraph in Michal Strutin's splendid book, History Hikes of the Smokies, really piqued my interest:

During World War II, the camp became a facility for conscientious objectors. The “conchies,” as they were called, carried out a variety of chores in the park, even tutoring children of park rangers in reading, writing, spelling, and arithmetic. 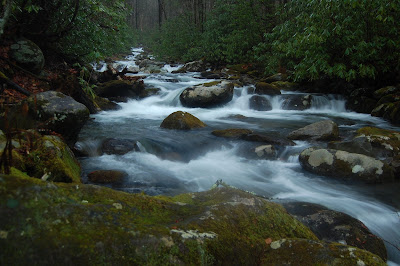 Despite a relatively popular war, many individuals refused to participate as combatants in the Second World War, on the basis of religious, moral or ethical grounds. The Civilian Public Service (CPS) provided conscientious objectors an alternative to military service.

From 1941 to 1947, nearly 12,000 draftees worked in 152 CPS camps across the country, performing “work of national importance.” CPS men served without pay. Their congregations and families helped to defray their subsistence, and federal support was minimal. In many locations, such as Kephart Prong, CPS camps were established at former CCC facilities. 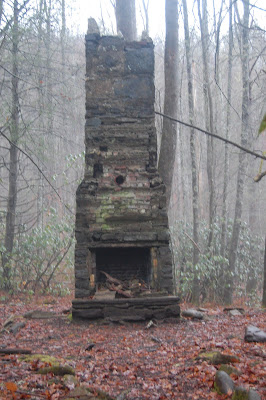 The CPS program was designed to isolate conscientious objectors from the general public to prevent the spread of their pacifist beliefs. While the men were not treated as harshly as conscientious objectors during World War I, they were subjected to punitive measures. The crew at one camp on the Blue Ridge Parkway in Virginia shoveled snow from an unused roadway while an idle snowplow was parked nearby.

Conscientious objectors became human guinea pigs for government-run medical experiments, and several of them died of hepatitis after being inoculated with infected blood plasma. 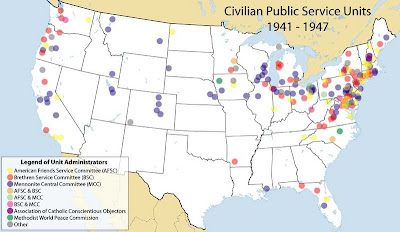 CPS men assigned to work in psychiatric hospitals observed inhumane conditions and cruel mistreatment of patients. In response, they banded together and advocated, successfully, for reforms in those institutions. Asa Watkins, a conscientious objector involved in that effort, described the outcome:
...the governor came in and they cleaned out the hospital. I mean, they had hearings. We all had to appear in court and all that kind of stuff. And within a month or so, the hospital was completely changed. The superintendent was fired and the new superintendent was put in, and not only did they do our hospital, they did all the hospitals, mental hospitals in Virginia.

The Swarthmore College Peace Collection contains records of the Civilian Public Service. The collection includes a list of CPS camps and among those is camp #108, Gatlinburg, TN, operated by American Friends Service Committee and the Selective Service System. Presumably, this is the camp that occupied the former CCC site on Kephart Prong. 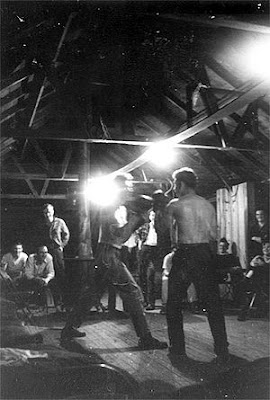 Pacifist pugilists? I’m reminded, though, that the most famous boxer of all time was pummeled for his refusal to take up arms during the conflict in Vietnam. 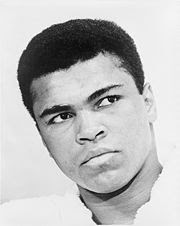 Wisdom is knowing when you can't be wise.
-Muhammad Ali
Posted by GULAHIYI at 12:02 AM