Legends of the Falls, II

A traveller, sleeping on the banks of the Oronoco, has heard the mysterious sounds of the Laxas de musica.* He wakens his Indian guide, who congratulates him on having heard them, and tells him they are the voices of his departed friends from the regions of the dead, giving him assurance that they are happy, and that they watch over him: that he need not now fear the paw of the tiger, nor the bite
(*Rocks which are said to emit musical tones at sunrise.)
- From The Works of Mrs. Hemans, by Felicia Dorothea Browne Hemans, 1839

Beyond that wild illimitable waste
Of unfenced prairie, there are wild flowers growing
In rich luxuriance, over by the chaste
And velvet-vested rivers that are flowing
Within the moss-clad suckle valleys glowing;
And in that sea-like undulating wild,
The moon-like roses are forever blowing,
For there the wild deer, on the lawn, so mild,
Leaps with the unscared fawn like some delighted child.
-From Nacoochee, by Thomas Holley Chivers, 1837

I’m drawn to the under-reported and the overlooked, and I figured the early illustrations of the Southern Appalachians (published in magazines from about 1855-1885) fit into that category. The artists who created those illustrations are not especially well-known, but they were interesting characters. Investigating them leads deep into the popular literature of the nineteenth century, including numerous poems written about notable places and legends of these mountains. Drivel mostly, though I do bump into some enjoyable exceptions - a few intriguing stories. 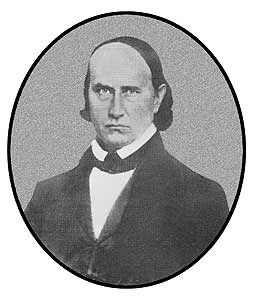 Take for instance, Thomas Holley Chivers (1809-1858), a Georgia physician who penned some truly horrible verse. In 1899, Charles Dana summed him up as a “literary freak.”

I happened across his poem, Nacoochee; or, The Beautiful Star. after I'd already found a couple of other poems set in that lovely north Georgia valley. Chivers had merely appropriated the name from the Cherokees. His Nacoochee unfolds in another, distant and fictional, location.

Nacoochee was one of his more popular, and more highly-regarded poems, and the 1837 collection of the same name is a piece of work. Had he been a rock-and-roller, his gloomy collection featuring…

Chivers is remembered mainly for a nasty feud with Edgar Allen Poe. Apparently, Poe gave Chivers a favorable review to butter him up for a loan. In return, Chivers accused Poe of plagiarizing “The Raven” from his own work. At least one book and many scholarly articles have been devoted to Chivers-Poe controversy.

Chivers' work, including Nacoochee does reflect two significant currents of American Romanticism. One is the influence of Swedenborgian philosophy and the other is an idealized celebration of the Native American.

Poetry is that crystal river of the soul which runs through all the avenues of life, and after purifying the affections of the heart, empties itself into the Sea of God. Now, he who dives the deepest into that mysterious sea, brings up the greatest number of the shells of truth, and is made richer in the lore of the wisdom of the universe.

As with many of his contemporaries, Chivers’ fascination with Indian themes could be traced to Chateaubriand’s French prose work, Atala, which inspired many poems and legends, including some set in the Southern mountains. Chivers biographer Charles Lombard summarized the juicy story line of Atala:

Chactas, an old Indian chief, meets Rene, a melancholy young Frenchman who came to the Louisiana colony to forget an unnatural love for his sister, Amelie. Chactas, reared by Lopez, an old Spaniard, is rescued from the savage Muscogulges by a beautiful Indian maid, Atala. A Christian, she leads Chactas to a village inhabited by other converts. There the missionary, Pere Aubry, lectures Chactas on Christianity. Atala and Chactas spend many happy moments together amid the splendor of the unspoiled forests. When Chactas becomes too passionate in his declarations of love, Atala, adhering to her vow to remain a virgin, commits suicide. Ultimately, Chactas and Rene die at the hands of hostile Indians.

Lombard described how the Atala story was recycled, endlessly, by American Romantics:

A comely Indian lass, thoroughly Christianized and speaking a refined poetic language, was invariably the sweetheart of a stalwart brave patterned after Chactas. Invariably their love affair had a tragic end.

Chivers’ Nacoochee did not take place in the north Georgia valley of that name. The poet explained in the preface to his 1837 collection, a preface more engaging than the title poem itself:

The word Nacoochee, in the Indian language, signifies beautiful star. There is a lake, between the Oakmulgee and Flint rivers, in Georgia, which, during the winter season, is about three hundred miles in circumference. The Creek Indians believe that in the centre of this lake there is an island of such extraordinary beauty, that if they could only possess it, they would immediately be made happy. There believe it is inhabited by the most beautiful of all God’s creatures, - and that they are as lovely as the angels. It is to them what Elysium was to the ancients, and heaven to the moderns. It is to them a Fairy-land. They believe that at some future period they will be in the possession of that island – which is, to them, the same as being in Paradise. They believe that the women are descendants of some great tribe, and some say that when they approach that Eden of terrestrial bliss, the island continues to move on from them, so that no one has ever before had the fortune to arrive at that wished-for haven.

They say that there are great chiefs there, who are kings over the immortal rattle-snakes, whose heads are crowned with “carbuncles” of such excessive brightness, that they dazzle the island for nine miles around. They say that the great snake, which has this large diamond in his head, leads the rest of the serpents by mowing down the grass before him, by the breath of his nostrils. The Cherokees believe that if they could possess that beautiful “carbuncle” they could immediately buy the whole world.

They believe that the stones on that island make the most exquisite music, and that the beautiful beings who inhabit it, have the power, like Orpheus, of controlling that music whenever they please.

The musical stones, which are called on the banks of the Oronoco, Laxas de Musica, are called shells in the poem.

At a later date, I’ll introduce some other incarnations of the lovely Indian maiden named Nacoochee, but for now, here she is a’la Chivers:

Oh! Had you seen her thus beneath the moon,
Her snow-white bosom heaving like the sea!
As some tall mountain spread with snow at noon,
Her dark, long locks all sweeping lavishly –
As each soft breeze came fondling them for me!
Her dark bright eyes upturned upon the sky,
With two pearl tear-drops fringing them, to be
A living truth that she was born to die!-
Oh! Had you seen her thus, how deep had been the sigh!

Gracious! To think that this was the sort of thing that the League for Sanity in Poetry was attempting to protect and preserve!
Posted by GULAHIYI at 12:03 AM

And yet this Indian maiden Nacoochee
so tall and comely to the eye,
When she casts her lovely gaze upon me,I trust not that I may to die!

My mother's family came from Attala County in Mississippi. Your post raises the question of the Attala name. Was it associated with the Atala legend, or did it have another source?

Well, guess what, JG. Here's what wikipedia says about that:
"Attala county is named for Attala, a fictional Native American heroine from an early-19th-century novel by François-René de Chateaubriand."