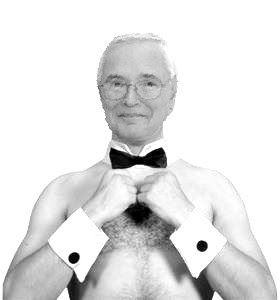 The Chancellor, along with all the developers and political cronies that dominate the WCU Board of Trustees, should go on a fact-finding junket. Might as well do it up right.

And I have just the place for them. It’s the new "Strip Mall of America" stretching over 1/6th of North Dakota. From an article on this monument to free enterprise, we read:

The dull-gray cinderblock and tinted-glass structure stretches along Interstate 94 from Eldridge to a point seven miles west of Fargo. Occupying six different zip codes, it is capable of hosting more than 4,700 stores and boasts 240,000 parking spaces….


Only 40 percent of the retail space is currently occupied, and a full 3 percent of the storefronts house liquidation stores and cellular-phone outlets….


While the mall caters first and foremost to residents of North Dakota, mall officials said they hope it will also draw tourists from all over the country, much like the popular Mall of America in Minnesota…. 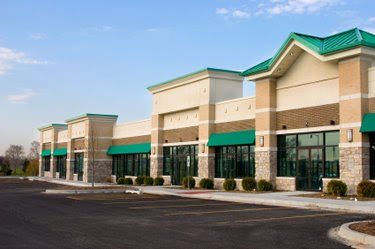 An inspiring model to emulate at WCU?

I suppose the Chancellor has the best interests of the students at heart. It is difficult enough to cope with leaving family and friends in order to start a new life on the college campus. Having to make that transition without the comfort of familiar retail outlets is almost inhumane.

But some college students do take an alternative view. In this case, I’m thinking specifically of a party of Cornell students who spent spring break 2008 backpacking the Smokies. They enjoyed the wilderness a great deal; Pigeon Forge and Cherokee, less so. 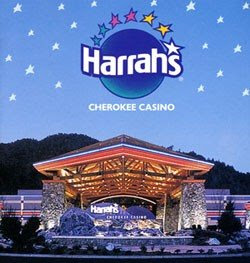 In Massacre at Pigeon Forge: A Journey to America’s Strip Mall Badlands, Ted Hamilton writes of that hiking trip:

I felt like Davy Crockett, Henry Thoreau, and Alexander Supertramp of Into the Wild all rolled into one, exuding mountain-manliness and sporting significantly longer chest hair. Unfortunately, this badass trek was bookended by two unpleasant experiences that left a distinctly bad taste in my mouth.

The first occurred near the border of the park in North Carolina.

What met my eyes in Cherokee, N.C., was not authentic indigenous culture; instead, I saw unappealing, commercialized sprawl. First was Harrah’s Casino — a towering glass monstrosity utterly out of place amongst the natural scenery. Next was a desolate strip of outlets offering generic mass-made junk cleverly marketed through the appropriation of Native American culture ("Moccasins! Tomahawks! Arrowheads!"). Third was a series of depressing and utterly out-of-place entertainment venues such as a moribund Santaland and a bizarre establishment called "Pan Fer Gold!" In a word, it was all crap.

By contrast, John Bardo has weighed in on the cultural contributions provided by Harrah’s. Or, as John puts it so eloquently:

The Casino's shows obviously have added a dimension to the western counties.

I suppose he's correct about that. After all, where else can you go in these parts to see a performance by male strippers? Similarly, John recognizes the important role of the Tennessee gateways to the Smokies:

Gatlinburg and Pigeon Forge have taken a "mass marketing" approach to tourism that has been very effective.

On the other hand, our young friend from Cornell, Ted, was not so favorably impressed:

We emerged from the woods in Pigeon Forge, Tenn., a town whose claim to fame is playing host to Dolly Parton’s inexplicable theme park, Dollywood. As we made our way along Route 441, we passed endless successions of Denny’s, McDonald’s, Hampton Inns, Days Inns, Subways, Texacos, and Home Depots. At one point, we saw in the middle of a strip mall a gigantic faux-Greek temple turned on its head. I didn’t dare guess what purpose it served. My newly nature-nourished spirit was sick.

… companies like Barnes & Noble, Burger King, or Best Buy appear everywhere … there’s something unnatural about these vast expanses of commercialized anonymity, and I think I’d be fine never ordering another Gordita Supreme for the rest of my life.

I’m going to take a wild guess right now…I’ll bet Cornell did NOT accept money from BB&T in exchange for pretending that Ayn Rand is essential to a well-rounded education. That’s my hunch.

Of course, nothing I say will prevent John Bardo from building his strip mall. I’m just happy to know that some people are already thinking about what you can do with a failed strip mall. (I’d be glad to tell John Bardo what he can do with HIS strip mall!)

Strip malls are in trouble across North America as the economy tightens and people aren't filling their new houses with junk any more. Even when they were busy, they were not exactly the most efficient use of resources. Late last year the Scottsdale Museum of Contemporary Art (SMoCA) invited architects to determine what ideas they had for urban farming, live/work, revitalization of strip malls in Scottsdale, Phoenix and Tempe. MOS architects of New Haven, Connecticut of all places, took first prize with its Urban Battery that charges us up with wind and solar power combined with a vertical algae farm. 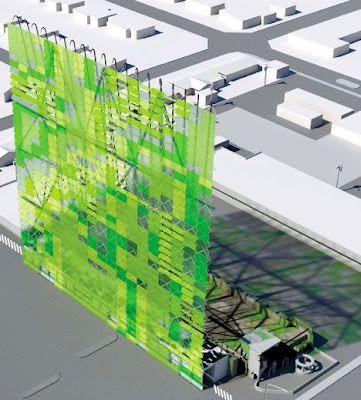 Now, THAT’S a way to find educational value in a strip mall!

As usual, though, I’m probably being too harsh and acerbic. A clip from a recent indie film by Roger Beebe, Strip Mall Trilogy, has opened my eyes to the benefits of exposure to retail sprawl.

Just check out what a strip mall can do for language development!

I accidentally ended up in Pigeon Forge by following a recommended shortcut to the Knoxville airport. It was the most horrendous blight on the American landscape I have ever seen in my life and I have driven across this country more than once.

I love ya Dolly and I always will, but Pigeon Forge is just gawd awful.

Well Chris, the next time you're over this way come stop in at the academic version of Dollywood - Bardo's Folly

I wonder if anyone at WCU power circle reads your blog.
It is so painful to watch the madness go forth.

I suspect that ignoring and/or dismissing the objections of concerned "outsiders" is the easiest part of the job for that bunch. And I suspect they are so certain of their enlightened position that they would have little more than contempt and/or pity for dissenters. Corporatizing the university (in many different ways) is the hot trend these days. So, I suspect, Bardo sees himself as a forward-thinking trend-setter. Unlike the rest of us. The best commentary I've seen on this new fashion on higher education is at:
www.cary-nelson.org/nelson/corpuniv.html

Here here! My sentiments exactly! But said much more eloquently than I ever could have had I attempted. I'm curious to know what your position is (if you have one) on the new policy of printing out tickets to athletic games instead of scanning cat cards.

Congrats! You have gained a new reader!

Welcome, Nicole! Unfortunately, I don't know anything about those tickets, but we're going to continue examining the business of business at WCU. Stay tuned!

"I’m going to take a wild guess right now…I’ll bet Cornell did NOT accept money from BB&T in exchange for pretending that Ayn Rand is essential to a well-rounded education. That’s my hunch."

I laughed at this. A lot.

If my brother has any more of those Cohibas he gets from his import cronies, I'm sending you one. You deserve it.