Before I attempted to graft a genital gland my observations on thyroid gland grafting had already shown me that a monkey’s gland can perfectly well adapt itself to the human organism.
-Dr. Serge Voronoff 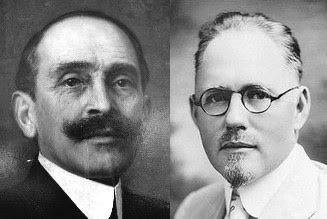 In Goat Gland Genius, I provided a brief account of the life and career of Jackson County’s most famous son, Dr. John R. Brinkley. Here’s what Joe Schwarcz, PhD., said about him…over at Quackwatch:

The remarkable events I'm going to chronicle here would likely never have unfolded, in 1917, if young Dr. John Brinkley had not been hired as house doctor at the Swift meatpacking company, located in Kansas. He was dazzled by the vigorous mating activities of the goats destined for the slaughterhouse.

A couple of years later, after Brinkley had gone into private practice in Milford, Kansas, a farmer named Stittsworth came to see him. Stittsworth complained of a sagging libido. Recalling the goats' frantic antics, the doctor semi-jokingly told his patient that what he needed was some goat glands. Stittsworth quickly responded, "So, Doc, put 'em in. Transplant 'em." Most doctors would have ignored the bizarre request, but Brinkley was not like most doctors….

Brinkley went on to fame and fortune by transplanting goat testicles into men needing a little boost. Recently, I heard from the creator of a blog (http://www.voronoff.wordpress.com/ ) featuring the works of Dr. Serge Voronoff, a contemporary of Brinkley:

Please visit The Voronoff Link to be introduced to Dr. Serge Voronoff, who grafted monkey glands into men and women during the 20s and 30s in France. As a pioneer of Xenotransplantation, Endocrinology, and Sexual Rejuvenation, Voronoff deserves to stand beside other scientific visionaries in history. There are numerous conflicting accounts of Voronoff’s experiments; who he conducted surgery on, and who supported his research.

Veiled in secrecy, fear, and comedy, many of his most notable accomplishments have gone unnoticed for almost 100 years. Ridiculed and disgraced by the very institutions and political personalities that once celebrated him as a savant and saviour of the human race, he died in obscurity. Although some of his practices seem freakish and disturbing, his purpose was certainly to heal, preserve, and extend the human life. His work with Egyptian eunuchs, retarded children, schizophrenics, the rejuvenation of aging livestock, and proposed links to HIV deserve further investigation.

A wikipedia entry adds more about the impact of Voronoff on popular culture:

In the early 1920s, strange-looking ashtrays depicting monkeys protecting their private parts, with the phrase (translated from the French), "No, Voronoff, you won't get me!" painted on them began showing up in Parisian homes. At about this same time, a new cocktail containing gin, orange juice, grenadine and absinthe was named The Monkey Gland after the work being done by Voronoff in the 1920s and 1930s.

Voronoff was the prototype for Professor Preobrazhensky in Mikhail Bulgakov's novel Heart of a Dog, published in 1925. In the novel Preobrazhensky implants human testicles and pituitary gland into a stray dog named Sharik. Sharik then proceeds to become more and more human as time passes, picks himself the name Polygraph Polygraphovich Sharikov, makes himself a career with the "department of the clearing of the city from cats and other vile animals", and turns the life in the professor's house into a nightmare until the professor reverses the procedure.

The Sherlock Holmes story, The Adventure of the Creeping Man seems to have been inspired by Voronoff's work. Written in 1923, but set in 1903, it is about a distinguished, elderly Professor who experiences bizarre side-effects after taking a drug, derived from monkeys, in order to produce rejuvenation.

In 1999, some speculated that the AIDS virus discovered in the 1980s entered the human population through Voronoff's transfer of monkey parts into humans in the 1920s.

A 1921 article by Voronoff, TRANSPLANTATION OF THE THYROID AND SO-CALLED INTERSTITIAL TISSUES, was published in International Clinics: A Quarterly of Clinical Lectures, and is available online at
http://books.google.com/books?id=fTUSAAAAYAAJ&pg=PA76&dq=serge+voronoff .

While looking into this story, I came across an article on the grave of Dr. Brinkley, who was buried in Memphis, TN for reasons that are not entirely clear.
http://www.memphismagazine.com/askvanceblog/?p=68 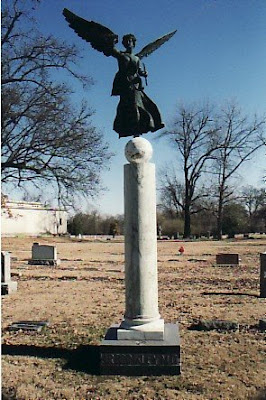 Anyhow, one comment in response to that article really caught my attention. Apparently, Brinkley was not only gifted at implanting goat parts into humans, he was able to oversee similarly amazing botanical transplants:

Harry Weiss, on June 19th, 2008 at 9:33 pm Said:
I was in the process of buying the Brinkley mansion and the contents from Mini Brinkley when John Brinkley her only son committed suicide with a pistol. He called his mother and asked her if she wanted to hear him shoot himself. I met quite a few men whose father had the operation. I bought several oriental rugs two large marble statues and stemware with Dr. Brinkley’s name on them with the yacht flag. John Brinkley had one daughter and never had employment. He had a law degree and was a CPA. He lived in a shack by a railroad track in Del Rio.

Mini Brinkley lived with her granddaughter in two small rooms in the mansion. Mini never moved into the main part of the very large mansion. For a short time I owned a sterling silver plane given to Dr. Brinkley by Howard Hughes. The once beautiful mansion was in a bad state of repair in the mid 1970s. One amazing thing was the Brinkley orchard. Dr. Brinkley had different trees growing out of another kind of tree. Like a Maple tree growing out of an Oak tree. I didn’t think this was possible. I spent many months in Del Rio and learned a great deal about Dr. Brinkley.

At the moment, I’m not sure about the status of the John R. Brinkley Museum and Organic Goat Farm, announced here in September. Has anyone asked Jim Pitts if Legasus is moving ahead with this…or have they dropped the ball?

There's an old Gene Pitney song, covered by Dan Hicks and his Hot Licks called "Hot Nuts" - wonder if that might have been Dr. Brinkley's theme song and therefore perhaps the new Legasus soundtrack

A few years ago, while driving up 49 to Chapel Hill, a SUV pulling a trailer passed me. The trailer had the logo "Doug Clark and the Hot Nuts" on the side. I last saw Doug in Chapel Hill in the mid '80's, and he was no spring chicken then. If he is still alive now, he has probably had the benefit of some of the transplants you describe...

It seems to me that Dr. Brinkley's belief in the sexual potency of goat glands can be traced to the satyrs of mythology, half-man, half-goat, spending their days drinking wine and frolicking with nymphs. As my granny used to say, "He ain't got the morals of a billy goat!"

thank you for doing your research and thank you for linking to my site. may your soul prosper through immortal dreams.