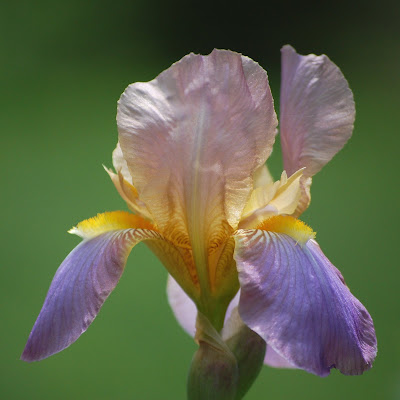 IRIS, in Greek mythology, daughter of Thaumas and the Ocean nymph Electra (according to Hesiod), the personification of the rainbow and messenger of the gods.

As the rainbow unites earth and heaven, Iris is the messenger of the gods to men; in this capacity she is mentioned frequently in the Iliad, but never in the Odyssey, where Hermes takes her place. 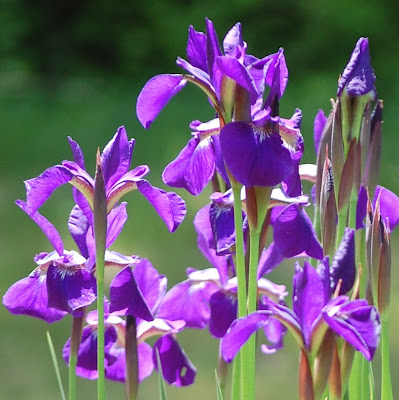 She is represented as a youthful virgin, with wings of gold, who hurries with the swiftness of the wind from one end of the world to the other, into the depths of the sea and the underworld. She is especially the messenger of Zeus and Hera, and is associated with Hermes, whose caduceus or staff she often holds.

By command of Zeus she carries in a ewer water from the Styx, with which she puts to sleep all who perjure themselves. Her attributes are the caduceus and a vase.
-From the 11th edition, Encyclopedia Brittanica, 1911. 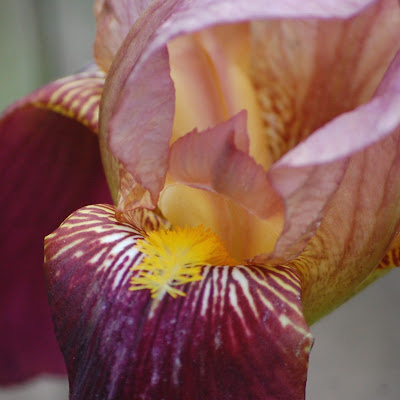 Iris is a genus of more than two hundred species of herbaceous perennials native to the temperate zones in the northern hemisphere: Europe, Asia and North America. The species that was first named for the Greek goddess was probably Iris pallida, a fragrant variety sometimes called the Sweet Iris or the Dalmatian Iris, from its supposed place of origin, the Dalmatian coast of the region once known as Illyria. It grew wild in the warm, dry climate of Greece, where it was well-known as a spring flower.

The goddess Persephone, just before she was kidnapped into the underworld, was gathering iris for garlands, along with roses, violets, crocus, narcissus and hyacinth. 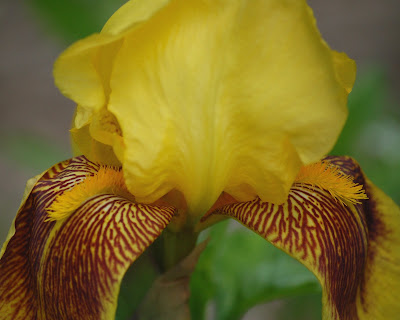 Unlike the story in many myths, Iris was not turned into a flower by one of the gods. In fact, it is not really clear whether the flower was named for the goddess or for the rainbow, with its bright colors. In the myths, Iris was never explicitly associated with the rainbow, although they had the same name.

Plato said that the names of both the messenger god Hermes and Iris were derived from the word "eirein", from the verb "to speak." If so, then Iris's name means "speaker," and the rainbow was presumably named for her, although the reason is not clear.

On the other hand, Pliny, in his Natural History, said, "the flower being of various colours, like the rainbow, to which circumstance it is indebted for its name." 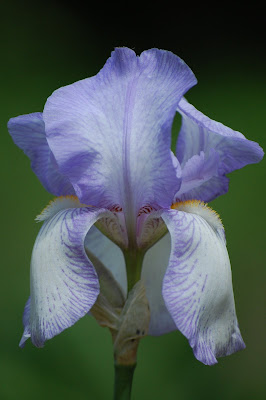 By Agallis, what lovely flowers ya
got their picture !