Life and Death Among the Weeds and Wildflowers

My greatest skill has been to want but little. For joy I could embrace the earth. I shall delight to be buried in it.
-Henry David Thoreau

Find the cost of freedom
Buried in the ground.
Mother Earth will swallow you.
Lay your body down.
-Stephen Stills 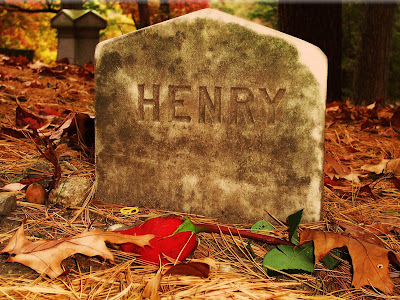 On December 17, 2008 I almost bought the farm. I was alongside Kephart Prong shooting pictures. While peering through the viewfinder, I heard a tremendous crash. Jerking back from the camera, I saw an enormous tree limb at my feet. Had I been standing 18 inches farther north at that moment, this would have been the last picture I ever took: 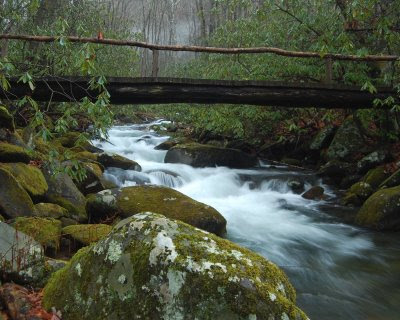 Not a bad one to go out on, actually. Unfortunately, if it had turned out that way, I’m certain that some clod would have resorted to the execrable cliché, "Waaallll, at least he died doing what he looooved."

Puh-leeze. Can we retire that comforting observation from our arsenal of tools for making sense of life and death?

I was mulling this over the other evening while feeling particularly blissful. I had just tracked down a patch of pink lady slippers and was being serenaded by thousands of frogs while the moon was glowing golden overhead. I was on a bridge overlooking what might be my favorite river on the planet. Moments of greatest contentment are a good time to think about death. The way I see it, if you haven’t learned how to die, you haven’t learned how to live. I’m still working on it.

This spring, I have delved into learning the wildflowers. With each foray into the woods, I’ve been kicking myself for waiting so long to get acquainted with the botanical diversity that graces these mountains. But as "civilization" becomes less appealing by the year, the natural world is increasingly attractive and hospitable. Flowers are a mighty fine portal to that realm.

I had intended to keep these thoughts to myself, but something odd happened this morning. I was thinking about Thoreau and wondering if he had made any pithy remarks about wildflowers. While researching it, I learned that Thoreau was buried on May 9, 1862. His coffin was covered with wildflowers as it was lowered into the ground of Sleepy Hollow Cemetery, Concord, Massachusetts.

Beyond the coincidence of the May 9 date, I discovered another coincidence. A well-known passage from Ralph Waldo Emerson’s eulogy to Thoreau includes a reference to the lady slipper (Cypripedium):

It was a pleasure and a privilege to walk with him. He knew the country like a fox or a bird, and passed through it as freely by paths of his own. He knew every track in the snow or on the ground, and what creature had taken this path before him. One must submit abjectly to such a guide, and the reward was great. Under his arm he carried an old music-book to press plants; in his pocket, his diary and pencil, a spy-glass for birds, microscope, jack-knife and twine. He wore a straw hat, stout shoes, strong gray trousers, to brave scrub-oaks and smilax, and to climb a tree for a hawk's or a squirrel's nest. He waded into the pool for the water-plants, and his strong legs were no insignificant part of his armor. On the day I speak of he looked for the Menyanthes, detected it across the wide pool, and, on examination of the florets, decided that it had been in flower five days. He drew out of his breast-pocket his diary, and read the names of all the plants that should bloom on this day, whereof he kept account as a banker when his notes fall due. The Cypripedium not due till to-morrow. He thought that, if waked up from a trance, in this swamp, he could tell by the plants what time of the year it was within two days.

On that latter point about Thoreau, Emerson probably got it right. Neither one of them, however, could have anticipated a complicating factor announced by researchers in 2008:

As reported in the Proceedings of the National Academy of Sciences (PNAS, November 4, 2008, vol. 105, pgs., 17029–17033), was that, on average, around Walden Pond plants are indeed flowering about a week earlier than they were during Thoreau’s time, coincident with local warming of about 4.3°F over the past 100 years. But hidden in that "average" are exactly which plants are doing well and which ones are not. A disproportionately large number of weedy, non-native species are the ones blooming earlier; these plants seem to have the genetic and behavioral flexibility to take advantage of those earlier warmer temperatures and blast out their flowers, getting an early start on reproduction. But the charismatic wildflowers—things like buttercups, anemones and asters, dogwoods, lilies, orchids, St. John’s worts, violets, and others are losing out. For whatever reason, they seem not to have the ability to move their flowering clock forward to get a jump on spring.
http://blog.islandpress.org/tag/thoreau 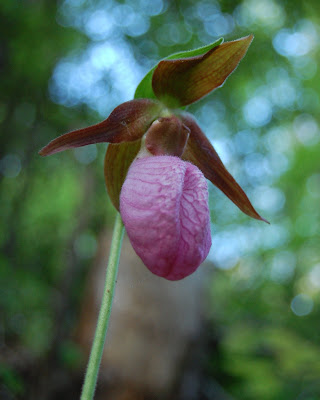 In the eulogy, Emerson did reveal a bit about Thoreau’s take on weeds:

"See these weeds," he said, "which have been hoed at by a million farmers all spring and summer, and yet have prevailed, and just now come out triumphant over all lanes, pastures, fields and gardens, such is their vigor. We have insulted them with low names, too,—as Pigweed, Wormwood, Chickweed, Shad-blossom." He says, "They have brave names, too,—Ambrosia, Stellaria, Amelanchier, Amaranth, etc."

Re-reading Emerson, I realize how little I have to say, when Emerson has already said so much in his inimitable manner. So, here are a few more excerpts from his tribute to Thoreau, who was buried 147 years ago today.

His interest in the flower or the bird lay very deep in his mind, was connected with Nature,—and the meaning of Nature was never attempted to be defined by him. He would not offer a memoir of his observations to the Natural History Society. "Why should I? To detach the description from its connections in my mind would make it no longer true or valuable to me: and they do not wish what belongs to it." His power of observation seemed to indicate additional senses. He saw as with a microscope, heard as with ear-trumpet, and his memory was a photographic register of all he saw and heard. And yet none knew better than he that it is not the fact that imports, but the impression or effect of the fact on your mind. Every fact lay in glory in his mind, a type of the order and beauty of the whole.

His determination on Natural History was organic. He confessed that he sometimes felt like a hound or a panther, and, if born among Indians, would have been a fell hunter. But, restrained by his Massachusetts culture, he played out the game in this mild form of botany and ichthyology. His intimacy with animals suggested what Thomas Fuller records of Butler the apiologist, that "either he had told the bees things or the bees had told him." Snakes coiled round his legs; the fishes swam into his hand, and he took them out of the water; he pulled the woodchuck out of its hole by the tail, and took the foxes under his protection from the hunters. Our naturalist had perfect magnanimity; he had no secrets: he would carry you to the heron's haunt, or even to his most prized botanical swamp,—possibly knowing that you could never find it again, yet willing to take his risks.

He was equally interested in every natural fact. The depth of his perception found likeness of law throughout Nature, and I know not any genius who so swiftly inferred universal law from the single fact. He was not pedant of a department. His eye was open to beauty, and his ear to music. He found these, not in rare conditions, but wheresoever he went. He thought the best of music was in single strains; and he found poetic suggestion in the humming of the telegraph-wire.

He had many elegancies of his own, whilst he scoffed at conventional elegance. Thus, he could not bear to hear the sound of his own steps, the grit of gravel; and therefore never willingly walked in the road, but in the grass, on mountains and in woods. His senses were acute, and he remarked that by night every dwelling-house gives out bad air, like a slaughter-house. He liked the pure fragrance of meliot. He honored certain plants with special regard, and, over all, the pond-lily,—then, the gentian, and the Mikania scandens, and "life-everlasting," and a bass-tree which he visited every year when it bloomed, in the middle of July. He thought the scent a more oracular inquisition than the sight,—more oracular and trustworthy. The scent, of course, reveals what is concealed from the other senses. By it he detected earthiness. He delighted in echoes, and said they were almost the only kind of kindred voices that he heard. He loved Nature so well, was so happy in her solitude, that he became very jealous of cities and the sad work which their refinements and artifices made with man and his dwelling. The axe was always destroying his forest. "Thank God," he said, "they cannot cut down the clouds!" "All kinds of figures are drawn on the blue ground with this fibrous white paint."

There is a flower known to botanists, one of the same genus with our summer plant called "Life-Everlasting," a Gnaphalium like that, which grows on the most inaccessible cliffs of the Tyrolese mountains, where the chamois dare hardly venture, and which the hunter, tempted by its beauty, and by his love (for it is immensely valued by the Swiss maidens), climbs the cliffs to gather, and is sometimes found dead at the foot, with the flower in his hand. It is called by botanists the Gnaphalium leontopodium, but by the Swiss Edelweiss, which signifies Noble Purity. Thoreau seemed to me living in the hope to gather this plant, which belonged to him of right. The scale on which his studies proceeded was so large as to require longevity, and we were the less prepared for his sudden disappearance. The country knows not yet, or in the least part, how great a son it has lost. It seems an injury that he should leave in the midst of his broken task which none else can finish, a kind of indignity to so noble a soul that he should depart out of Nature before yet he has been really shown to his peers for what he is. But he, at least, is content. His soul was made for the noblest society; he had in a short life exhausted the capabilities of this world; wherever there is knowledge, wherever there is virtue, wherever there is beauty, he will find a home.

It was getting late. I was ready to head back home and check out the pictures I'd taken. I got into the car, stepped on the gas, grabbed a random cassette and popped it in the player.

Well now, I get low and I get high,
And if I can't get either, I really try.
Got the wings of heaven on my shoes.
I'm a dancin' man and I just can't lose.
You know it's all right. It's ok.
I'll live to see another day.
We can try to understand
The New York Times effect on man. 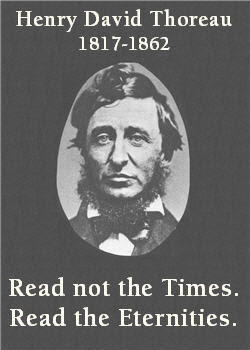