A Landscape of Neurological Nets Underfoot


The universe, and in particular planet Earth, is a communion of subjects, not a collection of objects.
-Thomas Berry

I love a challenge and saving the Planet seems like a good one....

I believe that mycelium is the neurological network of nature. Interlacing mosaics of mycelium infuse habitats with information-sharing membranes.
-Paul Stamets 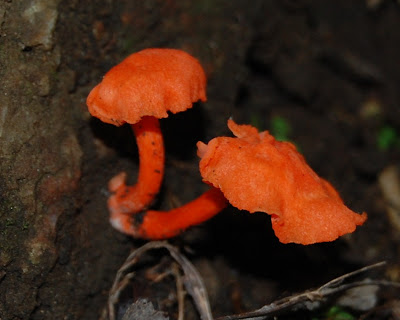 I’m still sorting through the many wildflowers I’ve photographed this year, and intend to devote some study time this winter to be a better taxonomist next year. Even so, I recognize that learning to identify individual plant species unlocks only a few of the secrets of the Southern Appalachian forest.

This week I hiked a couple of miles on the Sugarland Mountain Trail, between Newfound Gap and Clingman’s Dome. In a place like this, it’s not unusual to find an abundance of epiphytes like mosses and lichens growing on trees. But at one point on this trail, you can look up and see red spruce trees that have sprouted and are growing from the broad limbs of the yellow birch trees. 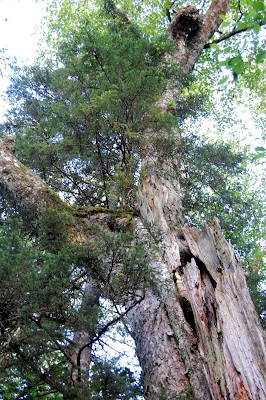 Twenty feet up, red spruce trees have sprouted on the limb of a yellow birch.


That’s just a tiny example of the complex, and sometimes unexpected, relationships among the organisms of the high elevation forest. If I didn’t already recognize how little I know about forest ecology, the various mushrooms that I observed along the trail were constant reminders. As I learned only recently, mushrooms are no longer classified as plants but are included in the separate and distinct Kingdom of Fungi.

Looking at the forest as a mere collection of trees and flowers is to overlook the crucial role of saprobes and mycorrhizae. Paul Stamets calls the web of fungi that pervades the forest "a neurological net."

Recently, I read an article on myco-forestry, or “the cultivation of fungi as part of forest agriculture.” In the New Life Journal story, Zev Friedman drew the connection beween fungi and the hemlocks disappearing so rapidly from the Southern Appalachians. One mushroom, the Appalachian Reishi (Ganoderma tsugae) grows on dead hemlock trees.

According to the Friedman, the closely related Chinese Reishi (Ganoderma lucidum) is known as the "mushroom of immortality" because of its pharmacologic value:

He explains how Ganoderma tsugae could be cultivated in the forest garden:

Dying hemlocks can be cut down, inoculated with reishi mycelium in May or June, and staked along the topographic contours of hills as retaining edges for paths or native medicinal plant beds, simultaneously decreasing erosion and runoff while building topsoil. The fungus decomposes the log more quickly into mulch and soil than would occur without human intervention, while producing highly valuable medicinal and edible mushrooms for many years. 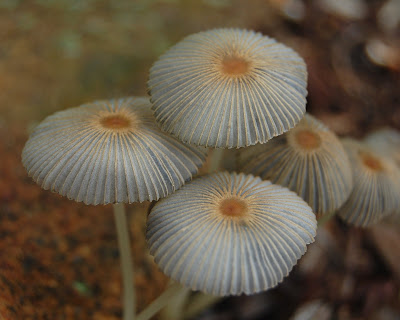 The entire article is at:


Paul Stamets has a fine article on "Permaculture with a Mycological Twist" at
http://www.fungi.com/mycotech/permaculture.html

A visionary mycologist, Stamets is one of the heroic geniuses of our day:

I see the mycelium as the Earth's natural Internet, a consciousness with which we might be able to communicate. Through cross-species interfacing, we may one day exchange information with these sentient cellular networks. Because these externalized neurological nets sense any impression upon them, from footsteps to falling tree branches, they could relay enormous amounts of data regarding the movements of all organisms through the landscape.
-Paul Stamets, Mycelium Running: How Mushrooms Can Help Save the World

And here's Stamets from 2007, discussing his five inventions to help save the planet. Brilliant!

Whole ranges of mountains are on fire,
Giant trees fall like soldiers in a vicious war,
Furriners crowd in, build huge trophy homes;
Infest the ridge tops—light up the sky.

A whole world of mountains are on fire,
What is it that you want me to do?
Take action my friend; take action against the rapists,
Before the annihilation is complete and our whole land forever gone.

we should be very hesistant to propose salvaging hemlock wood for any reason. its likely that removing the chestnut wood biomass hampered the regeneration of young shoots, decreasing the effective population size and therefore decreasing the probability that blight resistant genotypes might pop up from random mutation.

ganoderms grow on several other species of tress in appalachia, including black locust, but i'm not sure if they are the same taxon as found on hemlock. i am more concerned with amethyst laccaria which i have only found under hemlock, and black trumpets (cantharellus) which are only facultatively associated with hemlock.

Very interesting, kanugalihi. At first, I was only aware of the impending absence of hemlocks from the forest. But as you point out, their death results in the disruption or modification of so many processes within the ecosystem.

Do you know if the hemlock decline has resulted in any changes to logging practices on the National Forests? Or has hemlock even been much of a factor in timber harvesting on National Forest land?