Winters on the Pee Dee

Life can only be understood backwards but it must be lived forward.
-Soren Kierkegaard

Looking back from 2009, it is easy to trace the creation of the Pee Dee National Wildlife Refuge to Lockhart and Hazel Gaddy’s farm pond. 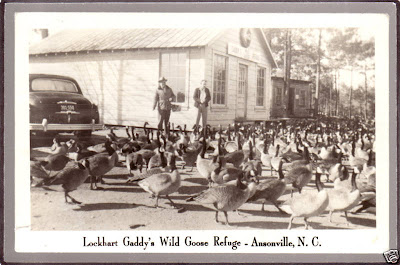 But when they started building it in 1933, that pond was pretty much the same as hundreds of others in the Carolina countryside. The Gaddys could not have imagined what was ahead.

Today, the Pee Dee NWR contains about 8500 acres in Anson and Richmond Counties, North Carolina and provides wintering habitat for migratory waterfowl. During an all-too-brief visit there a couple of years ago, I saw what a beautiful place it is, with bottomland hardwood forest, upland pine forest, crop lands, old field and river frontage on the venerable Pee Dee. I can’t wait to get back there.

When Lockhart Gaddy completed the pond in 1934, he was a hunter, and kept a pen of six Canada Geese that he used as live decoys. That same year, the use of live decoys for hunting was prohibited. The caged geese next to Gaddy’s pond were joined in the fall of 1934 by nine wild geese that arrived from Southern James Bay, Canada.

For whatever reason Gaddy decided to stop hunting and start protecting the birds. The next fall, returning geese and newcomers totaled 14. In 1940, the flock at Gaddy’s pond numbered 192. By 1944, several thousand geese were wintering there.

By this time, Gaddy’s Goose Refuge was attracting visitors who paid a small fee to help cover the cost of the many bushels of grain devoured by the birds each week. 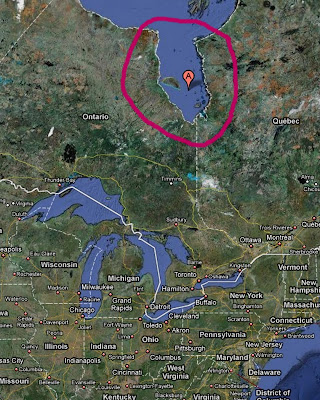 In 1947, the Gaddys drove to the Jack Miner Sanctuary in Ontario, Canada to learn more about the geese and observe them being banded to track their long journeys. When Jack Miner’s son , Jasper, visited the Gaddys the following year, he was amazed at how tame and trusting the geese were. It was, and it remains, a mystery because the same geese at Miner’s Sanctuary were so wary they would not allow humans to get within three or four hundred feet. (More on this in a later post.)

On the afternoon of February 19, 1953, Lockhart Gaddy died suddenly while sitting by the pond, with Mrs. Gaddy by his side. The funeral was held at the pond and it is said that the geese were silent during the service. (Anyone who has visited the pond knows that silence was out-of-character for those geese.) 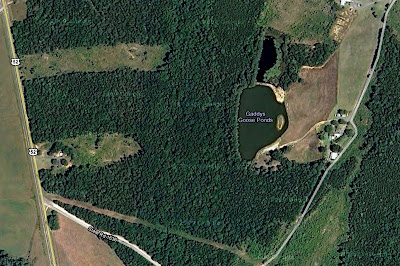 A goose-eye view of Gaddy's Pond, just east of US 52

In the 1950s, and estimated 18,000 Canada Geese were wintering in Anson County each year and many hunters were coming great distances to take geese from unprotected areas of the county. Seeing the area’s potential as a winter home for migratory waterfowl, the Department of the Interior started making plans for a wildlife refuge on the Pee Dee.

Many landowners, and even Hazel Gaddy, opposed the plans. Despite local resistance, the Pee Dee NWR was established in October 1963. In the fall of 1964, large military maneuvers were conducted in Anson and surrounding counties. Flights by fighter planes and helicopters coincided with the arrival of the geese from Canada, and the disturbances were blamed for reducing the wintering population to around 6000.

Over the subsequent decades, the bird count at Pee Dee NWR has fluctuated. Even with active conservation measures, the numbers of Canada Geese have taken a disturbing decline in recent years. 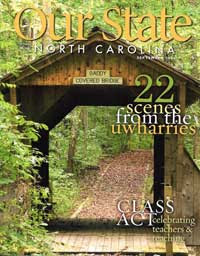 At the Pee Dee NWR, a covered bridge is dedicated to Lockhart and Hazel Gaddy and includes an exhibit and photos of their life work to protect the geese.

For this post, I’ve borrowed liberally from Buck Wheless’ “Memoirs of Gaddy’s Goose Pond” written in 2003. In addition to being the most thorough history I’ve found on the Gaddys, it recounts the work of Wheless and many other volunteers who set out in 1990 to restore the pond. 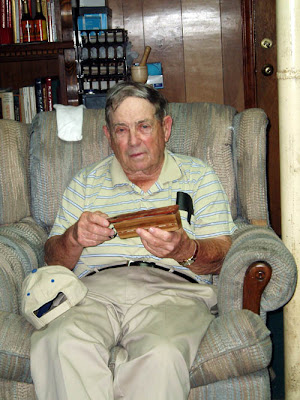 The memoirs are online at:
http://www.discoveranson.com/gaddy.pdf