A map of the world that does not include Utopia is not worth even glancing at, for it leaves out the one country at which Humanity is always landing.
-Oscar Wilde

If people would forget about utopia! When rationalism destroyed heaven and decided to set it up here on earth, that most terrible of all goals entered human ambition. It was clear there'd be no end to what people would be made to suffer for it.
-Nadine Gordimer 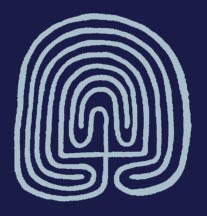 One September day several years ago, I was rolling across the southern Indiana countryside. In the golden autumn light, the farms that stretched over the hills looked like a cozy patchwork quilt.

Late that afternoon, I pulled into a small town where a German street festival was packing up. I strolled through town dodging the vendors as they loaded their trucks and could detect something special about the place. The numen of New Harmony was unlike anything else I’d experienced.

Near Main Street, I found the Roofless Church. From inside that peaceful space I contemplated a scene framed by an opening in the brick wall: a bush full of red roses, and beyond that, a field full of ripe corn.

Little by little, I pieced together the story of New Harmony as the location of utopian experiments, not once, but twice. 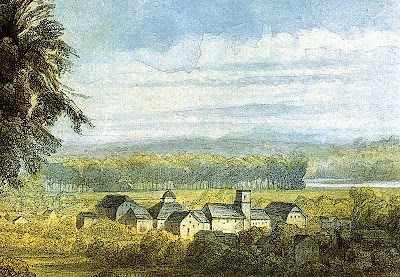 First came the band of godly farmers led by George Rapp. A few years later, the Rappites sold out to Robert Owen, who envisioned a community of creative social, scientific, artistic and philosophical inquiry. 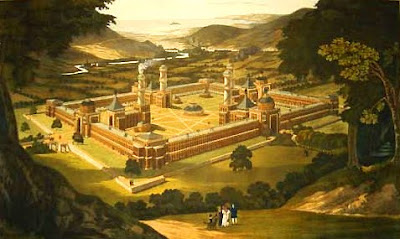 Not far from a burial ground of unmarked graves that the old Harmonists share with a millennium of Indians, the mystical Rappites in 1820 planted a circular privet-hedge labyrinth, “symbolic” (a sign said) “of the Harmonist concept of the devious and difficult approach to a state of true harmony.” After the Rappites, the hedges disappeared, but a generation ago, citizens replanted the maze, its contours strikingly like the Hopi map of emergence. 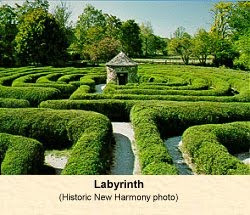 I walked through it to stretch from the long highway. Even though I avoided the shortcut holes broken in the hedges, I still went down the rungs and curves without a single wrong turn. The “right” way was worn so deeply in the earth as to be unmistakable. But without the errors, wrong turns, and blind alleys, without the doubling back and misdirection and fumbling and chance discoveries, there was not one bit of joy in walking the labyrinth. And worse: knowing the way made traveling it perfectly meaningless.

We’ve been conditioned to denigrate anything other than success. We’ve been trained to strive for a destination called “happiness.” It is easy to overlook the lessons of the labyrinth, easy to miss the deeper joys to be found in the errors, the wrong turns, the blind alleys, the doubling back, the misdirection, the fumbling, the chance discoveries… 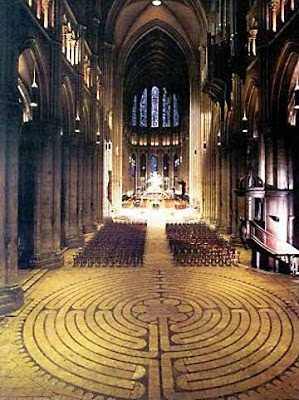 Chartres Cathedral
.
Posted by GULAHIYI at 12:01 AM

I have a book that you need to borrow.
It is The Dictionary of Imaginary Places by Alberto Mangel and Gianni Guadalupi. It has all the utopias in it and the illustrations are wonderful. Some of the most interesting utopias are found "within the reader" after he has had a few injections.

That does sound good. I'd like to read that. It sounds like it should find a place near Borges' Book of Imaginary Beings. And that reminds me of a book I've been reading recently, by Alex Rose. Here's the Amazon blurb:

The Musical Illusionist is an interwoven collection of post-modern folk tales--disappearing manuscripts, neurological anamolies, teleporting bacteria, and an unforgettable composer who manipulates sound to bend perception--that masterfully blends scientific curiosity with magical-realist caprice. The collection is organized by a giant underground archive--The Library of Tangents--in which the reader takes an imaginary journey through a series of exhibitions exploring parallel understandings of space, time, language, and all of the senses.