I’ve been slipping into the habit of reading things I don’t understand. For me, that encompasses a vast swath of literature, and I do find it frustrating. For instance, I picked up Thomas Merton’s The Wisdom of the Desert after reading an intriguing reference to it. 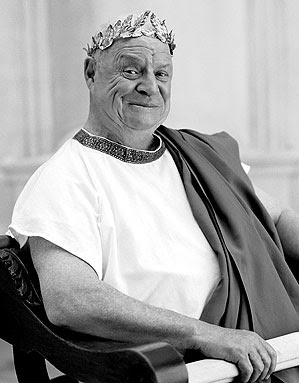 The "wise man" of Athens?

The little book is a compilation of sayings and stories from the fourth-century hermits who peopled the deserts of Egypt, Palestine, Arabia and Persia. My mild disappointment in the book stems from my own inability to comprehend old folktales and other ancient stories.

Some of the sayings have straightforward meanings, repeating familiar themes of the early Christian teachings, such as “giving away all your possessions to assist the poor.”

It makes me wonder about the fourth-century poor. I wonder if they were different from “our” poor, the modern American poor who breed like rats, ride around all day with a cigarette in one hand and a cell phone in the other, and drag their sorry butts through Walmart, proudly showing off their hideous tattoos, multiple piercings and unfortunate wardrobe choices.

Like I said, there are lots of things I don’t understand.

Here’s one of the stories from The Wisdom of the Desert, and I enjoy it, even if I don’t quite “get” it:

Once there was a disciple of a Greek Philosopher who was commanded by his master for three years to give money to everyone who insulted him. When this period of trial was over the master said to him, “Now you can go to Athens and learn wisdom.”

When the disciple was entering Athens, he met a certain wise man who sat at the gate insulting everybody who came and went. He also insulted the disciple, who immediately burst out laughing.

“Why do you laugh when I insult you,” said the wise man.

“Because,” said the disciple, “for three years I have been paying for this kind of thing and now you give it to me for nothing.”

Abbott John used to tell the above story, saying:

“This is the door of God by which our fathers rejoicing in many tribulations enter into the City of Heaven.”

The disciple had to learn humility before he could become teachable.
Did Merton put any of Evagrius Ponticus' teachings in his book?

Thanks. That makes sense. "Get to the point where insults don't exact a toll on us," right? Like I said, I'm slow catching on to these things. Blame it on the Asperger's!

Haven't encountered Evagrius Ponticus yet. I don't think he's in there.

And apropos, since in current popular culture Christian people are about the only folks that it is still OK to insult.