This internet thing continues to hold my curiosity. Every year or so, I take a look at the lists generated by a program that tracks traffic on this blog. And I always get a chuckle from some of the search words that bring people here. 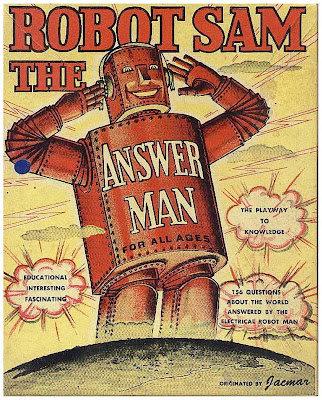 For instance, in the past month, 120 visitors arrived here after googling “judaculla rock.”

That doesn’t surprise because I already knew that radio host George Noory’s mention of the local petroglyph had generated lots of interest.

More surprising is that a search for “the sylva herald camera” resulted in eight visits.

A perennially popular subject, “sarah gudger” brought 26 visits and I’m happy about that because she is someone worth remembering.

People really do search for some obscure topics. Two visits came from people typing in “slong me dorst with the flagdarsh.”

I wonder what some folks were thinking when they were searching the following terms in the past 30 days, and I hope they found what they were looking for here:

actor who had rumination
balinese monkey chant movie
attractive male boxing
bill frisell synesthesia
bob’s place, scatterbrains
borges carbuncle
can a black panther jump 15 feet in the air
carved ameba drawings in rock
catalpa bean pod smoking
cowee hippie
craters of the moon ducktown
diversity and inclusion witticisms
domenic rabuffo mob
dry falls – arguments on what to do with it
eagle speech from fdr
false eyelashes fetish
frog gigging shot in nuts
geranium with slender beaked fruit
he hoots and he toots
hellbenders attitude
how long does a cave salamander defend itself
jewish hillbillies
kephart masa (gay)
man dies, wrapped around drive shaft
my boyfriend is a shape shifting panther yahoo
pictures of slaves after lashings
the synesthesia in “i hear america singing”
tripping on seed pods
truth of mani of snake
uktena jewel forehead
ultima carolina wildflower of america
unexplained of wnc
volcano bald mountain nc 1812
was george masa, gay?
what can you appreciate from I hear america singing
what did 1940s frontiersmen do in their spare time
what eats cheat mountain salamander
what island was it that hogs messed up the ecosystem
what was negrohead mountain called before
yiddish hillbillies
zahner mescaline
.
Posted by GULAHIYI at 9:01 PM

I'm always looking for new info
about Penland. There doesn't seem
to be even a whisper lately unless
I hear directly about the ongoing
problems of the folks who chose to
buy into the scheme.

Do you know anything about the perps and sentencing? I'm sure
there are lots of folks not in-
volved who ended up with inflated
property values and hence taxes.

It has been a while since I've heard anything on Penland. It has very sad how the repercussions continue in so many ways.

It is amazing just how far one can go and not face swift justice. If I were to go into a convenience store, wave a gun at the clerk and demand money...well, you know the rest. But these developers pull off huge heists and play the system while hiding their assets and evading jail.

Meanwhile, innocent people suffer and have no recourse for their losses.

You hit the nail on the head re: property taxes...the crack cocaine of local politicians. Even when they talk "green" (as in protecting the environment) the "green" they really covet is generated by $400,000 building lots.

The County of Jackson is on an endless spending binge, and the burden is going to fall even heavier on regular local folks when the inflated values of lots in all our failed developments come back down to earth.

It is sad and disgusting.