By the time anthropologist James Mooney came here in the 1880s, Christian missionaries had already been working among the Cherokees for a century. During that interim, did biblical themes make their way into traditional Cherokee stories? 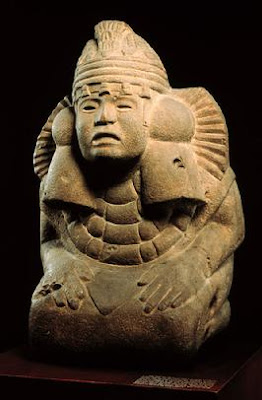 Of course, many parallel motifs have appeared independently in stories told around the world. However it happened, this Cherokee story shares a few similarities with the account of Adam and Eve's expulsion from the garden of Eden. From Mooney's Myths of the Cherokee:

Another story is told of how sin came into the world. A man and a woman reared a large family of children in comfort and plenty, with very little trouble about providing food for them. Every morning the father went forth and very soon returned bringing with him a deer, or a turkey, or some other animal or fowl. At the same time the mother went out and soon returned with a large basket filled with ears of corn which she shelled and pounded in a mortar, thus making meal for bread.

When the children grew up, seeing with what apparent ease food was provided for them, they talked to each other about it, wondering that they never saw such things as their parents brought in. At last one proposed to watch when their parents went out and to follow them.

Accordingly next morning the plan was carried out. Those who followed the father saw him stop at a short distance from the cabin and turn over a large stone that appeared to be carelessly leaned against another. On looking closely they saw an entrance to a large cave, and in it were many different kinds of animals and birds, such as their father had sometimes brought in for food. The man standing at the entrance called a deer, which was lying at some distance and back of some other animals. It rose immediately as it heard the call and came close up to him. He picked it up, closed the mouth of the cave, and returned, not once seeming to suspect what his sons had done.

When the old man was fairly out of sight, his sons, rejoicing how they had outwitted him, left their hiding place and went to the cave, saying they would show the old folks that they, too, could bring in something. They moved the stone away, though it was very heavy and they were obliged to use all their united strength. When the cave was opened, the animals, instead of waiting to be picked up, all made a rush for the entrance, and leaping past the frightened and bewildered boys, scattered in all directions and disappeared in the wilderness, while the guilty offenders could do nothing but gaze in stupified amazement as they saw them escape. There were animals of all kinds, large and small--buffalo, deer, elk, antelope, raccoons, and squirrels; even catamounts and panthers, wolves and foxes, and many others, all fleeing together. At the same time birds of every kind were seen emerging from the opening, all in the same wild confusion as the quadrupeds--turkeys, geese, swans, ducks, quails, eagles, hawks, and owls. 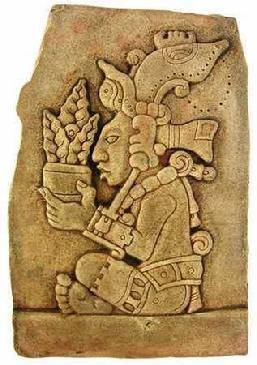 
Those who followed the mother saw her enter a small cabin, which they had never seen before, and close the door. The culprits found a small crack through which they could peer. They saw the woman place a basket on the ground and standing over it shake herself vigorously, jumping up and down, when lo and behold! large ears of corn began to fall into the basket. When it was well filled she took it up and, placing it on her head, came out, fastened the door, and prepared their breakfast as usual. When the meal had been finished in silence the man spoke to his children, telling them that he was aware of what they had done; that now he must die and they would be obliged to provide for themselves. He made bows and arrows for them, then sent them to hunt for the animals which they had turned loose.

Then the mother told them that as they had found out her secret she could do nothing more for them; that she would die, and they must drag her body around over the ground; that wherever her body was dragged corn would come up. Of this they were to make their bread. She told them that they must always save some for seed and plant every year.
Posted by GULAHIYI at 12:01 AM

I especially appreciate you comment that many of the Cherokee stories are similar to myths from other cultures.

My thought at that moment was it was too bad that Joseph Campbell never directly addressed the Cherokee myths or at least I don't think he did.

I don't know of Campbell ever mentioning any Cherokee stories. Given more time, I would have sought out some of those parallel archetypes, but I know they're out there. Frazer in "The Golden Bough" tells of blood sacrifice and the corn goddess: