Time to interrupt this programming for a commercial message:

Should the human race run another century, will daily life more closely resemble the world of the Jetsons or the world of the Flintstones? Which one fulfills your own vision of earthly paradise?

Maybe technology will be our salvation. In the minds of many, genetic engineering and virtual reality are symbols of a better future. On the other hand, humans have long demonstrated the inability to resist technologies, even the ones lethal to the planet.

Taking massive amounts of carbon from beneath the surface of the earth and transferring it to the atmosphere is a form of suicide. What else could you call it? Life as we know it, the modern civilization that has arisen in the past 500 years, would not exist without this process. We don't seem inclined to abandon it, even after seeing the impact on the planet.

Perhaps we should take comfort in the words of Bertolt Brecht, who said:

And in that vein, the ways people look at the world will not stay the way they are.

Functional communities (or earthly paradise, for that matter) are rooted in place, from my particular view on things. But that might be considered an anachronistic perspective on the world, here in the amorphous years after Postmodernism. "Communities" are replaced by "social networks" facilitated by technologies telling us that place - solid earth - can be disregarded. Welcome to the 21st century, dude! 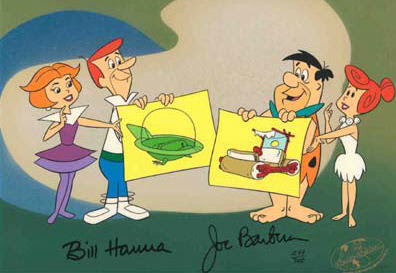 Caveman or Spaceman, which will you be?


The creators of the Jetsons depicted one possible future - cities with no discernable connections to the earth. Kind of like now. Cellphones, alone, have taken us pretty far in that direction, I'd say. Of course, the disembodied yawpers would view me with an equal degree of bewilderment, and an equivalent tinge of disgust.

It is as though we inhabit two separate universes. I'm no Luddite, but recognize history's lessons about the use and abuse of technology, and its role in shaping the entire culture, even how we perceive reality. Traditional means of subsistence, lower down the technological ladder (so to speak), required humans to be present in nature (observant of and obedient to nature's laws) in ways "modern" people seldom bother to comprehend.

Regarding the carrying capacity of the planet, some scholars contend a human population about one-tenth its current size would be optimal, or sustainable in the long term. If we could taper down toward that number, by deliberate choice, then maybe we would be on our way to paradise. I'd wager on apocalypse (deadly epidemic, biological warfare or some other environmental catastrophe) to thin the herd (along with the usual rate of casualties attributable to greed and stupidity). 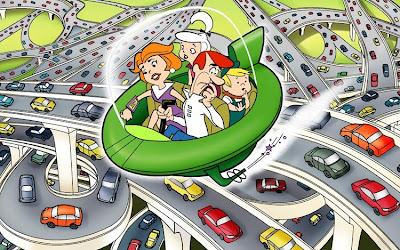 Yes, I think a Flintstones future is more likely than a Jetsons future.

Just keep this in mind:

Fred and Barney were smoking those Winstons in the little town of Bedrock.

Given our current behavior toward the good, green earth, there might not be much besides bedrock left for "the modern stone-age family" a hundred years from now.

“Those who contemplate the beauty of the earth find reserves of strength that will endure as long as life lasts.”

getting a little testy here are we Gulahiyi? Your recent series "Inhabiting Paradise" as taken me to Thomas Berry's collection of essays (1972-2001) in his 'The Sacred Universe.' There he explores the shape of the kind of spirituality you mentioned as an answer to our predicament several posts back. Much good there:
URL: http://books.google.com/books?id=H9UNxXXiSggC&source=gbs_slider_thumb

Why aren't we ALL testy, angry, furious?

Why indeed! Perhaps a great somnolence? I just find it hard to focus my fury about all this. As the crisis begins to hit home in every house, more people will get angry. Right now our corporate industrial government is doing an excellent job of insulating us from the effects. It's hard to believe how gasoline can still be under three dollars a gallon!

I don't feel 'insulated.' I feel exposed and fed a litany of lies. Apparently things aren't bad enough or people would stand up. This would never fly in the 60s. We lost our spine:(