From the late Thomas Berry:

1. The universe, the solar system, and the planet Earth, in themselves and in their evolutionary emergence, constitute for the human community the primary revelation of that ultimate mystery whence all things emerge into being. 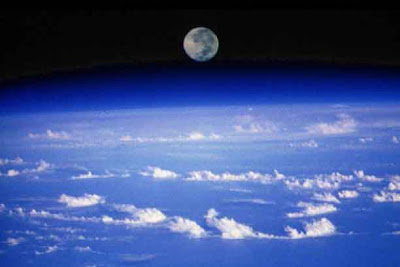 2. The universe is a unity, an interacting and genetically-related community of beings bound together in an inseparable relationship in space and time. The unity of planet Earth is especially clear: each being of the planet is profoundly implicated in the existence and functioning of every other being.

3. The capacity for ordered self-development, for self-expression, and for intimate presence to other modes of being must be considered as a pervasive psychic dimension of the universe from the beginning.

4. The three basic laws of the universe at all levels of reality are differentiation, subjectivity, and communion. These laws identify the reality, the values, and the directions in which the universe is proceeding.

5. The universe has a violent as well as a harmonious aspect, but it is consistently creative in the larger arc of its development.

6. The Earth, within the solar system, is a self-emergent, self-propagating, self-nourishing, self-educating, self-governing, self-healing, self-fulfilling community. All particular life-systems must integrate their being and their functioning within this larger complex of mutually dependent Earth systems.

7. The human emerges within the life systems of Earth as that being in whom the universe reflects on and celebrates itself in a special mode of conscious self-awareness. The human is genetically coded toward further cultural coding, by which specifically human qualities find expression in a remarkable diversity in the various regions of the Earth.

8. Domestication: transition to village life and greater control over the forces of nature took place in the Neolithic period, 12,000 years ago; beginnings of agriculture, domestication of animals, weaving, pottery and new stone implements. 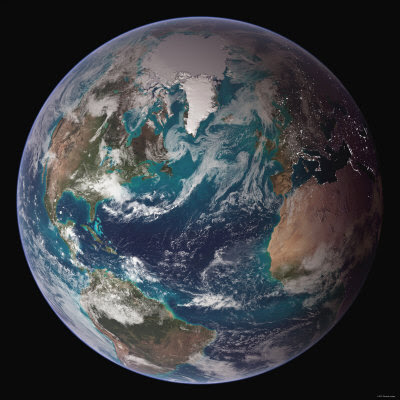 9. The classical civilizations: progressive alienation of the human from the natural world; the rise of cities, elaborate religious expression in ritual and architecture, development of specialized social functions, increase in centralized government, the invention of writing and related technologies.

10. The scientific-technological-industrial phase: the violent plundering of the Earth takes place, beginning in Europe and North America. The functioning of Earth is profoundly altered in its chemical balance, its biological systems, and its geological structures. The atmosphere and water are extensively polluted, the soil eroded, and toxic waste accumulates. The mystique of the Earth vanishes from human consciousness.

11. The ecological age: a new intimacy is sought with the integral functioning of the natural world; destructive anthropocentrism is replaced with eco-centrism; transition to the primacy of the integral Earth community.

12. The newly developing ecological community needs a mystique of exaltation and finds it in the renewal of the great cosmic liturgy, which celebrates the new story of the universe and its emergence through evolutionary processes.

Berry opens his book, The Great Work, with this:

History is governed by those overarching movements that give shape and meaning to life by relating the human venture to the larger destinies of the universe. Creating such a movement might be called the Great Work of a people....

After a discussion of the "great works" of the past, he considers the pivotal present:

The Great Work now, as we move into a new millennium,is to carry out the transition from a period of human devastation of the earth to a period when humans would be present to the planet in a mutually beneficial manner. This historical change is something more than the transition from the classical Roman period to the medieval period, or from the medieval period to modern times. Such a transition has no historical parallel since the geobiological transition that took place 67 million years ago when the period of the dinosaurs was terminated and a new biological age begun.

Later in the book, he looks at how we might see our connection to the wild:

To understand the human role in the functioning of the Earth we need to appreciate the spontaneities found in every form of existence in the natural world, spontaneities that we associate with the wild — that which is uncontrolled by human dominance. We misconceive our role if we consider that our historical mission is to “civilize” or to “domesticate” the planet, as though wildness is something destructive rather than the ultimate creative modality of any form of earthly being. We are not here to control. We are here to become integral with the larger Earth community. The community itself and each of its members has ultimately a wild component, a creative spontaneity that is its deepest reality, its most profound mystery. 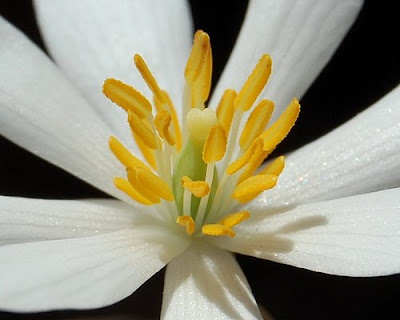 The landscape that encloses the Appalachian region, the rivers that flow down from the mountains to the sea, the trees that blossom in these surroundings, the birds that sing throughout this valley, all those were brought into being during the past 65 million years. If this has been a period of wildness beyond compare, it has also been the lyric period in the story of Earth. The human, perhaps, could only have appeared in such a period of grandeur; for the inner life of the human depends immediately on the outer world of nature. 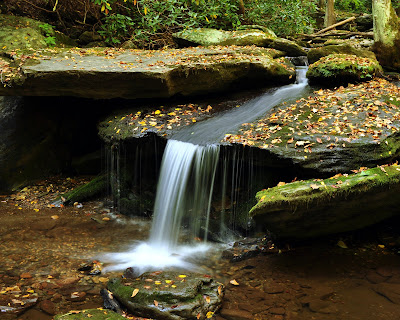 Only if the human imagination is activated by the flight of the great soaring birds in the heavens, by the blossoming flowers of Earth, by the sight of the sea, by the lightning and thunder of the great storms that break through the heat of summer, only then will the deep inner experiences be evoked within the human soul.

finis - and amen to all the soaring birds, the blossoming flowers, the thunderstruck mountain behind my house, Ledbetter Creek,the blackberries as black as eyes,and to the human soul. And thank you Gulahiyi for this fine series.

Thanks. This has certainly given me an opportunity to consider the subject more than I might have otherwise. I'm glad that others have also found some value in it.