Canadian soil microbiologist Peter Salonius takes the long view on human subsistence practices, and contends that agriculture made it possible for humanity to exceed the carrying capacity of the planet. 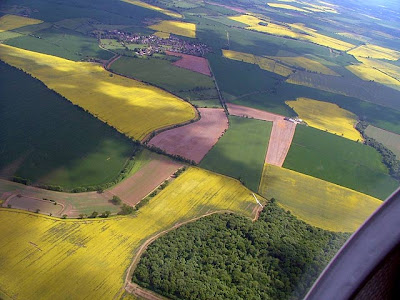 His 2008 posting on The Oil Drum website generated a thoughtful and spirited discussion:

The bulk of human history has been that of a culture of hunter gatherers or foragers. They did not plant crops or modify ecosystem dynamics in any significant manner as they were passively dependent on what the local environment had to offer. They did however domesticate dogs as early as 100,000 BCE (Vila et al. 1997); these animals were useful as hunting aids, guardians, and occasionally as food during times of scarcity. Hunter gatherers maintained social organization and interdependence, and prevented the loss of food to spoilage by sharing the harvest among community members.

These people lived in harmony with their supporting ecosystems and their ability to unsustainably stress and damage their environment was limited by the fact that if their numbers exceeded the carrying capacity of the complex, self-managing, species diverse, resilient terrestrial and aquatic ecosystems from which they gained their sustenance, then hunger and lower fertility exercised negative feedback controls on further expansion.

They used culturally mediated behavior like extended suckling, abortifacients and infanticide to keep their numbers far below carrying capacity, and to avoid Malthusian constraints like starvation (Read and LeBlanc 2003). Warfare between groups competing for the same resources, before the evolution of states, also appears have been a significant constraint on the growth of human numbers (Keeley 1996).

After the advent of agriculture, mortality rates, caused by conflict, decreased somewhat as local raiding by chiefdoms evolved into long-distance territorial conquest by states (Spencer 2003). These cultural and conflict behaviors that limited human population growth served to maintain balance between humans and other species during most of the historical record. Read and Leblanc (2003) suggest that humans, in areas of low resource density, tend to maintain generally stable populations, while high resource density, such as that produced by agriculture, decreases the spacing of births more rapidly than the increase in resource density, which results in repeating cycles of carrying capacity overshoot and population collapse. 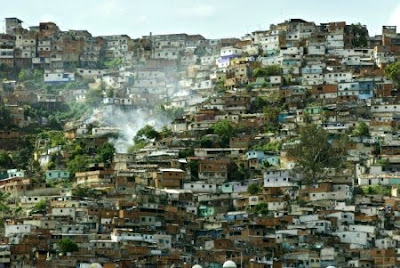 The earliest movement from strict hunter gathering toward agriculture came when people noticed the changes in ecosystems that they burned to move game animals to places where they could be more easily killed; sometimes the post-fire vegetation consisted of an increase in the numbers of plants used as food, such as berries and bulbs and also vegetation assemblages, like the sparse oak parkland of the U.S. Pacific Northwest that produced acorns for both human food and for the deer that they hunted (Angier 1974; Oregon State University 2003), while in other areas grasslands were periodically burned to encourage the growth of tender vegetation that was attractive to game animals.

Even though some hunter gatherer/ foragers did modify the vegetation or successional state of vegetation assemblages in specific areas with fire, these areas seldom were productive enough to support year round occupancy. Thus began the first steps of humans as a ‘patch-disturbance‘ species (Rees 2002), whose expansion would ultimately extend to and modify almost all of the ecosystems on the planet.

Movement toward actual cultivation agriculture began with the domestication of cereal grains at a time when postglacial climate warming was interrupted by climate reversal, even before the beginning of the consistently warm conditions of the Holocene (Hillman et al. 2001). Diamond (2002) shows that plant and animal domestication first occurred in areas where the most valuable and easiest species to cultivate were native. These species were later moved to new and more productive areas by the migratory expansion of their cultivators who overran resident hunter gatherers. As people worked with and cultured wild species, the process of genetic selection began to produce more easily managed individuals with modified behavior.

At the time of European contact in eastern North America, from mid continent and southward, much of the low altitude land had already been submitted to enough Amerindian shifting agriculture that the settlers discovered a landscape mosaic of cleared gardens, abandoned clearings returning to forest vegetation and maturing forest that was ready for yet another cycle of clearing, burning and temporary cultivation (Williams, 2006). European settlers, whose rapidly moving diseases had already decimated the Amerindians, were able to start farming on cleared land that had been prepared by the former residents.

Amerindians did utilize the nitrogen fixation capabilities of leguminous beans in mixtures with squash, corn and various other crops, and they did augment depleting soil nutrients with the placement of fish in planting spots. However at the time of European contact, Amerindian population dynamics were probably already on the same ‘increase and collapse’ trajectory as those of other populations, whose numbers increase to exceed carrying capacity as food production is increased by the adoption of cultivation agriculture (Costanza et al. 2005). Rees (2002-03) states, as did Malthus (1826), that unless there are constraints on animal (including human) expansion, all populations grow to the point that they destroy some critical resource and then they collapse. 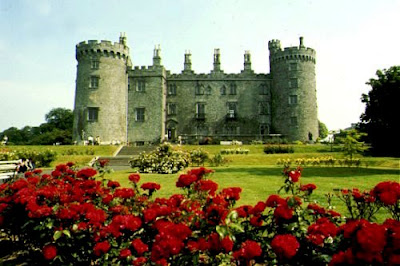 Intensive cultivation agriculture provides adequate food to allow the growth of large scale, populous societies living in settlements with permanent dwellings that are near enough to the food growing areas to facilitate their management and that allow for the storage of food from season to season. The transition from the passive dependence on existing complex self-managing ecosystems by mobile hunter gatherers gave way to the greater control of food sources provided by cultivation agriculture on land in specific localities with radically altered ecology. Its practitioners were tied to the land, and they were vulnerable to environmental vagaries that could produce local crop failures.

Good stuff. I am enjoying these posts greatly.