And, here's the reposting 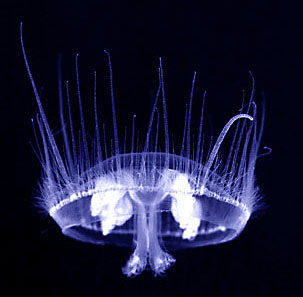 There's a chance that the forms pictured here can be seen in the mountains this weekend, if you look carefully... The mysterious creatures are NOT to be found in the Southern Appalachian skies, but might be seen in nearby lakes. 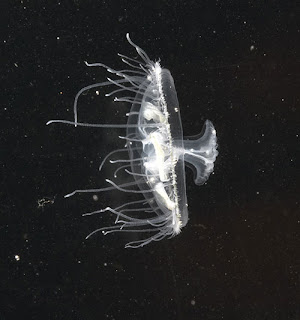 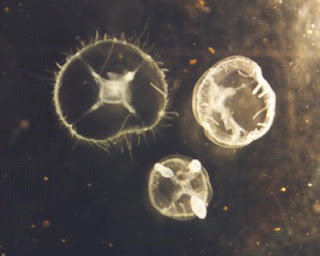 The most likely time for observing the jellyfish is when waters are at their warmest in late August and early September. They prefer the calmer waters of lakes or ponds rather than rivers, and have been seen in Fontana Lake and several other TVA lakes west of Fontana. 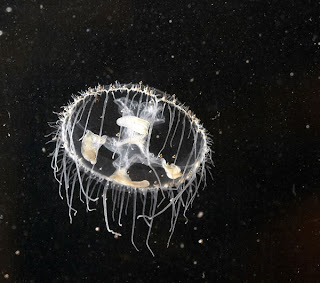 After hatching from polyps on the lake bottom, the translucent creatures tend to gather on the surface of the water seeking zooplankton and other food. The adults are about the size of a quarter.

Freshwater jellyfish do possess stinging cells but are unable to penetrate human skin and cannot produce the painful sting caused by most marine jellyfish. Freshwater jellyfish are considered an indicator species, with presence signifying a relatively healthy ecosystem. 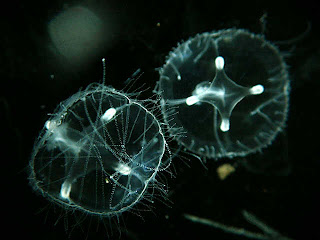 Yet, they are unpredictable, appearing in large numbers one year and sometimes not at all the next year. 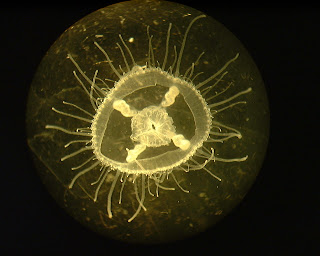 Mark Doty was inspired by the sight of jellyfish - here's a passage from his poem, Difference:

…All they seem
is shape, and shifting,
and though a whole troop
of undulant cousins
go about their business
within a single wave’s span,
every one does something unlike:
this one a balloon
open on both ends
but swollen to its full expanse,
this one a breathing heart,
this a pulsing flower…. 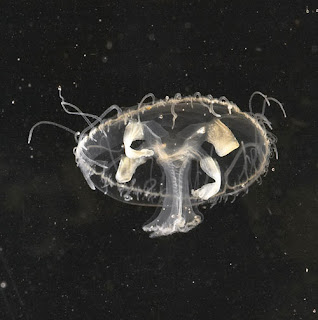 Fascinating. They resemble some of the "organic" carvings on Judaculla Rock.

I was at Fontana Lake on 10-8-10 and saw hundreds of these. It was extremely cool to watch these little guys swim around our houseboat. Thanks for the information. BMG.