A Troubadour Tramps Through the Mountains - 1

Well, now. Here’s a story worth telling, though I’ll admit I’m not sure how to tell it.

The poet Vachel Lindsay came to Jackson County in 1906. A twenty-six-year-old native of Springfield, Illinois, he was walking across the country to spread a message of hope that he called “the gospel of beauty.” 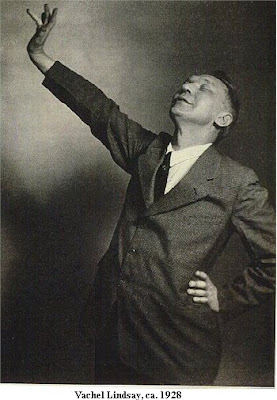 I learned about his journey after happening upon his account of a visit to Tallulah Gorge, Georgia. From Tallulah, he walked north to Highlands, Cashiers, Asheville and on to Tennessee.

While I remembered his name, that was about all that I could recall of Vachel Lindsay from my college days. So I went back and took my old copy of American Lit, Volume Two from the shelf to get reacquainted. The editors of that text lumped him in with Robert Frost, Carl Sandburg and Edward Arlington Robinson as poets who “recreate in serious poetry the extravagant humor of the old West or the dry humor of Down East.”

Later anthologies of American literature, or at least the ones I checked, had dropped Lindsay, and I can understand why the literary establishment has forgotten him with the passage of time. Reading his words on the printed page, I was not particularly impressed.

That misses the point, though. Lindsay did not write his poems for the eye, but for the ear, and became known as “The Father of Singing Poetry” and “The Prairie Troubadour.” Vachel Lindsay would not so much read as chant his poems for an audience. Some editions of his poems even include Lindsay’s instructions on how they should be delivered:

To be chanted in deep bass, all the heavy accents very heavy.

To be read slowly and softly in the manner of insinuating music, all the -o- sounds very golden.

Vachel Lindsay had attended the Art Institute of Chicago before going to New York City where he was a self-styled troubadour, selling his poems on the streets and bartering his pamphlet, Rhymes to Be Traded for Bread, in exchange for food.

In Edgar Lee (Spoon River Anthology) Masters’ biography of the poet, he describes the point at which Lindsay decided to leave New York:

Lindsay abhorred the tyrrany of convention, and loved the freedom of the untrammeled life as much as Whitman, almost as much as Johnny Appleseed….

He mixed with Jesus of Nazareth a lasting reverence for Prince Siddartha and for Confucius; and his mysticism led him to Swendenborg and kept him there as long as he lived…

He was willing to starve, but not to be shackled to business, to the system which standardizes the lives of the young and uses them as it does any other raw material. These resolutions were aided by the fact that there was scarcely anything of a practical nature that he could do.

On March 8, 1906, Vachel Lindsay got off a boat on the banks of the St. John’s River in Florida and started walking. We’re doubly fortunate that the story of trip, including his time in North Carolina, is told in Lindsay’s own A Handbook for Beggars, while the same trip is detailed in Master’s book, Vachel Lindsay: A Poet in America. 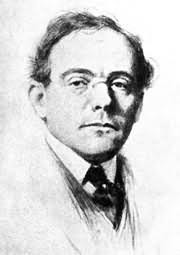 After a quick perusal of his early works I was inclined to be dismissive of Vachel Lindsay’s poetry, but learning more him and what he was trying to accomplish, I've adopted a more generous attitude.

I’m still not sure how to tell this story, except to say it might take a while. I can already foresee rabbit trails veering off in every direction.

For now, here’s how Lindsay dedicated his book about the trip that brought him through Cashiers Valley:

THERE are one hundred new poets in the villages of the land. This Handy Guide is dedicated first of all to them.

It is also dedicated to the younger sons of the wide earth, to the runaway boys and girls getting further from home every hour, to the prodigals who are still wasting their substance in riotous living, be they gamblers or blasphemers or plain drunks; to those heretics of whatever school to whom life is a rebellion with banners; to those who are willing to accept counsel if it be mad counsel.

This book is also dedicated to those budding philosophers who realize that every creature is a beggar in the presence of the beneficent sun, to those righteous ones who know that all righteousness is as filthy rags.

Moreover, as an act of contrition, reenlistment and fellowship this book is dedicated to all the children of Don Quixote who see giants where most folks see windmills, those Galahads dear to Christ and those virgin sisters of Joan of Arc who serve the lepers on their knees and march in shabby armor against the proud, who look into the lightning with the eyes of the mountain cat. They do more soldierly things every day than this book records, yet they are mine own people, my nobler kin to whom I have been recreant, and so I finally dedicate this book to them.

– These are the rules of the road:
(1) Keep away from the Cities;
(2) Keep away from the railroads;
(3) Have nothing to do with money and carry no baggage;
(4) Ask for dinner about quarter after eleven;
(5) Ask for supper, lodging and breakfast about quarter of five;
(6) Travel alone;
(7) Be neat, deliberate, chaste and civil;
(8) Preach the Gospel of Beauty.
And without further parley, let us proceed to inculcate these, by illustration, precept and dogma.