A Troubadour Tramps Through the Mountains - 3

I don’t know much about the life of Vachel Lindsay, but I do know that his most cherished hopes met with disappointment. He has my admiration for walking hundreds of miles along the dusty back roads of America, and for why he did it. 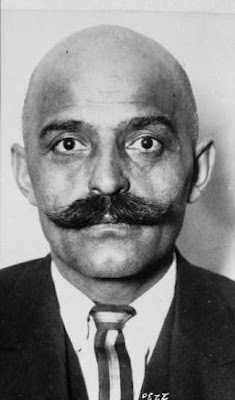 Around the same time I took an interest in the adventures of Vachel Lindsay, I heard a story from Meetings with Remarkable Men, by G. I. Gurdjieff. The scene described by Gurdjieff must have been exactly what Lindsay hoped to find, or cultivate, among “the common folk of the American countryside.”

Maybe Vachel should have tried Armenia.

From Meetings with Remarkable Men:

MY FATHER WAS WIDELY KNOWN, during the final decades of the last century and the beginning of this one, as an ashokh, that is, a poet and narrator, under the nickname of' Adash, and although he was not a professional ashokh but only an amateur, he was in his day very popular among the inhabitants of many countries of Transcaucasia and Asia Minor.

Ashokh was the name given everywhere in Asia and the Balkan peninsula to the local bards, who composed, recited or sang poems, songs, legends, folk-tales, and all sorts of stories.

In spite of the fact that these people of the past who devoted themselves to such a career were in most cases illiterate, having not even been to an elementary school in their childhood, they possessed such a memory and such alertness of mind as would now be considered remarkable and even phenomenal.

They not only knew by heart innumerable and often very lengthy narratives and poems, and sang from memory all their various melodies, but when improvising in their own, so to say, subjective way, they hit upon the appropriate rhymes and changes of rhythm for their verses with astounding rapidity.

At the present time men with such abilities are no longer to be found anywhere.

Even when I was very young, it was being said that they were becoming scarcer and scarcer.

I personally saw a number of these ashokhs who were considered famous in those days, and their faces were strongly impressed on my memory.

I happened to see them because my father used to take me as a child to the contests where these poet ashokhs, coming from various countries, such as Persia, Turkey, the Caucasus and even parts of Turkestan, competed before a great throng of people in improvising and singing.

This usually proceeded in the following way:

One of the participants in the contest, chosen by lot, would begin, in singing an improvised melody, to put to his partner some question on a religious or philosophical theme, or on the meaning and origin of some well-known legend, tradition or belief, and the other would reply, also in song, and in his own improvised subjective melody; and these improvised subjective melodies, moreover, had always to correspond in their tonality to the previously produced consonances as well as to what is called by real musical science the 'ansapalnianly flowing echo.

All this was sung in verse, chiefly in Turko-Tartar, which was then the accepted common language of the peoples of these localities, who spoke different dialects.

These contests would last weeks and sometimes even months, and would conclude with the award of prizes and presents- provided by the audience and usually consisting of cattle, rugs and so on-to those singers who, according to the general verdict, had most distinguished themselves.

I witnessed three such contests, the first of which took place in Turkey in the town of Van, the second in Azerbaijan in the town of Karabakh, and the third in the small town of Subatan in the region of Kars. 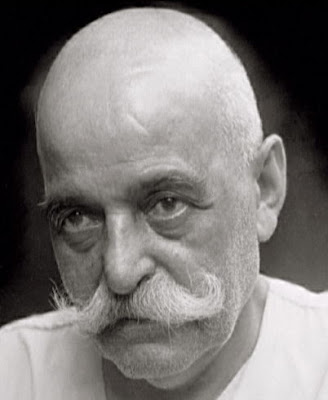 In Alexandropol and Kars, the towns where my family lived during my childhood, my father was often invited to evening gatherings to which many people who knew him came in order to hear his stories and songs.

At these gatherings he would recite one of the many legends or poems he knew, according to the choice of those present, or he would render in song the dialogues between the different characters.

The whole night would sometimes not be long enough for finishing a story and the audience would meet again on the following evening.

I said there would be some rabbit trails on this journey.
Posted by GULAHIYI at 12:01 AM