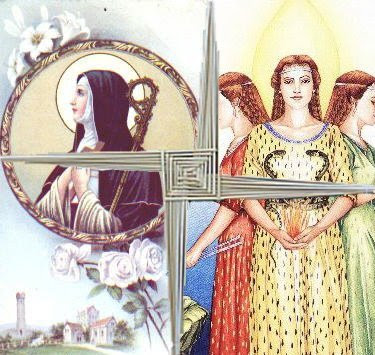 I’m going to make this quick. This evening, I heard the obligatory Groundhog Day stories on the radio for the hundredth time. Punxsutawney Phil, two weeks, six weeks, yada yada yada. And I got to wondering about the origins of Groundhog Day. What other traditions might involve animals making weather forecasts? How did this holiday get started? I figured, correctly, that there could be an interesting story behind it. Following is some cut-and-paste of what I learned:

Groundhog Day came into being in the late 1800s thanks to newspaper editor Clymer H. Freas. Apparently, his festival in Punxsutawney, PA was derived from the European tradition of Candlemas and the belief that a sunny Candlemas day would lead the winter to last for another six weeks. 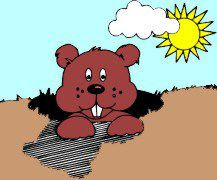 Traditionally the Western term "Candlemas" (or Candle Mass) referred to the practice whereby a priest on February 2 blessed beeswax candles with an aspergilium for use throughout the year.

Candlemas is the most ancient of all the festivals in honor of the Virgin Mary and has also been known as “the feast of Purification of the Blessed Virgin Mary.”

It is likely that some features of Pagan observances were incorporated into Christian rites of Candlemas when the celebration of Candlemas spread to the north and west of Europe, where February 2 was sacred to the goddess Brighid (Brigid). 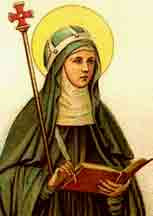 Modern Pagans believe that Candlemas is a Christianization of the Gaelic festival of Imbolc, which was celebrated in pre-Christian Europe (and especially the Celtic Nations) at about the same time of year. Imbolc is called "St. Brigid's Day" or "Brigid" in Ireland and Great Britain. Both Brigid the Goddess and Brigid the saint are associated with sacred flames, holy wells and springs, healing and smithcraft. Brigid is a virgin, yet also the patron of midwives.

However, a connection with Roman (rather than Celtic or Germanic) polytheism is more plausible, since the feast was celebrated before any serious attempt to expand Christianity into non-Roman countries. In Irish homes, there were many rituals centered around welcoming Brigid into the home. Some of Brigid's rituals and legends later became attached to the Christian Saint Brigid,

In Irish mythology, Brigit or Brighid ("exalted one") was the daughter of the Dagda and one of the Tuatha Dé Danann. She was the wife of Bres of the Fomorians, with whom she had a son, Ruadán. She had two sisters, also named Brighid, and is considered a classic Celtic Triple Goddess. 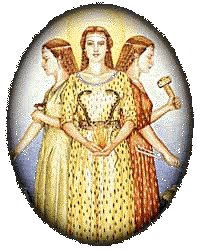 This equates to something like a Holy Trinity. The Triple Goddess is one of the two primary deities found in the neopagan religion of Wicca. She comprises three separate goddesses united; a Maiden Goddess, a Mother Goddess and a Crone Goddess, each of which symbolises a separate stage in the female life cycle. She represents the feminine part of the religion's duotheistic theological system, the other part being the male Horned God.