The Basis of Culture

At the zenith of the Middle Ages…sloth was held to be the source of restlessness, and the ultimate cause of ‘work for work’s sake’.
-Josef Pieper 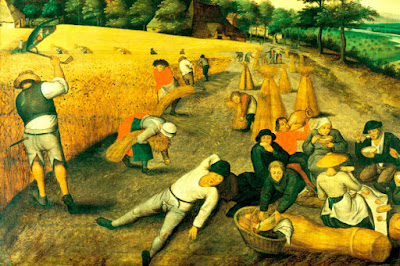 When a culture is in the process of denying its own roots, it becomes most important to know what these roots are. We had best know what we reject before we reject it. If we are going to build a chair, the first thing we need to know, above all else, is what a chair is. Otherwise, we can do nothing. We are not a culture that never understood what a human being was in his nature and in his destiny.

Rather we are a culture that, having once known these things, has decided against living them or understanding them. Indeed, we have decided to reject most of them, almost as an act of defiance—as an act of pure humanism—as if what we are is not first given to us. We have let an empty future that we propose to make by our own standards become the ideal over and against a real past that revealed to us what man really was and is: namely, a being open to wonder who did not create himself or the world in which he dwells.

This little book by the German philosopher Josef Pieper is simply a gem. No book its size will teach us so many true things about everything we need to know to understand what and why we are or about how to live a life worth living. This book is one of the first I recommend for waking us up to what life is all about, to what is essential to and glorious about our lives....

- James V. Schall, from the foreword to Leisure, The Basis of Culture (1952), by Josef Pieper.

Work is necessary, and it’s good in its place: as a means to an end, the end being to provide the necessities of life. From the time of the Greeks to the rise of industrialism that was the idea — work was a means to an end. But when work was over was the time of true human life: time for family, friends, community, for the life of the mind and the life of the spirit….

At the zenith of the Middle Ages… it was held that sloth and restlessness, ‘leisurelessness’, the incapacity to enjoy leisure, were all closely connected; sloth was held to be the source of restlessness, and the ultimate cause of ‘work for work’s sake’. It may well seem paradoxical to maintain that the restlessness at the bottom of a fanatical and suicidal activity should come from the lack of will to action…

Our culture feels in its bones that ‘hard work is good.’ Aquinas, the great medieval philosopher, propounded a contrary opinion: `The essence of virtue consists in the good rather than in the difficult. Not everything that is more difficult is necessarily more virtuous; it must be more difficult in such a way that it achieves a higher good as well as being more difficult.’…

The tendency to overvalue hard work and the effort of doing something difficult is so deep-rooted that it even infects our notion of love. Why should it be that the average Christian regards loving one’s enemy as the most exalted form of love? Principally because it offers an example of a natural bent heroically curbed; the exceptional difficulty, the impossibility… of loving one’s enemy constitutes the greatness of the love. And what does Aquinas say? ‘It is not the difficulty of loving one’s enemy that matters when the essence of the merit of doing so is concerned, excepting in so far as the perfection of love wipes out the difficulty…’

The inmost significance of the exaggerated value which is set upon work appears to be this: man seems to mistrust everything that is effortless… he refuses to have anything as a gift. We have only to think for a moment how much the Christian understanding of life depends upon the existence of ‘Grace’; let us recall that the Holy Spirit of God is Himself called a ‘gift’ in a special sense; that the great teachers of Christianity say that the premise of God’s justice is his love; that everything gained and everything claimed follows upon something given, and comes after something gratuitous and unearned; that in the beginning there is always a gift—we have only to think of all this for a moment in order to see what a chasm separates the tradition of the Christian West and that other view [of classical Greece]…. 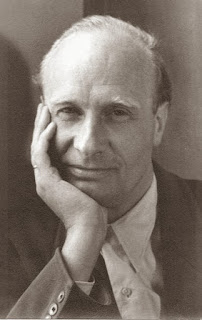 More from Pieper on the subject of "contemplation:"

Who among us has not suddenly looked into his child's face, in the midst of the toils and troubles of everyday life, and at that moment "seen" that everything which is good, is loved and lovable, loved by God!

Such certainties all mean, at bottom, one and the same thing: that the world is plumb and sound; that everything comes to its appointed goal; that in spite of all appearances, underlying all things is—peace, salvation, gloria; that nothing and no one is lost; that "God holds in his hand the beginning, middle, and end of all that is."

Such nonrational, intuitive certainties of the divine base of all that is can be vouchsafed to our gaze even when it is turned toward the most insignificant-looking things, if only it is a gaze inspired by love. That, in the precise sense, is contemplation...

Josef Pieper, from Happiness and Contemplation
Posted by GULAHIYI at 12:30 AM