Willing Slaves of the Welfare State

“Let us not be deceived by phrases about 'Man taking charge of his own destiny'. All that can really happen is that some men will take charge of the destiny of the others.” – C. S. Lewis 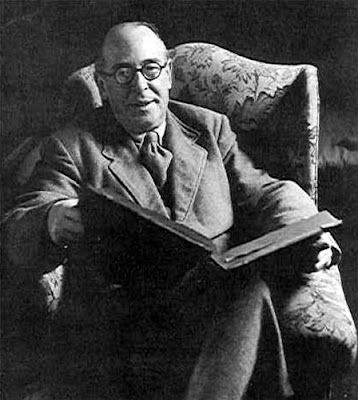 …Observe how the 'humane' attitude to crime could operate. If crimes are diseases, why should diseases be treated differently from crimes? And who but the experts can define disease? One school of psychology regards my religion as a neurosis.

If this neurosis ever becomes inconvenient to Government, what is to prevent my being subjected to a compulsory 'cure'? It may be painful; treatments sometimes are. But it will be no use asking, 'What have I done to deserve this?' The Straightener will reply: 'But, my dear fellow, no one's blaming you. We no longer believe in retributive justice. We're healing you.'

This would be no more than an extreme application of the political philosophy implicit in most modern communities. It has stolen on us unawares. Two wars necessitated vast curtailments of liberty, and we have grown, though grumblingly, accustomed to our chains. The increasing complexity and precariousness of our economic life have forced Government to take over many spheres of activity once left to choice or chance. Our intellectuals have surrendered first to the slave-philosophy of Hegel, then to Marx, finally to the linguistic analysts.

As a result, classical political theory, with its Stoical, Christian, and juristic key-conceptions (natural law, the value of the individual, the rights of man), has died. The modern State exists not to protect our rights but to do us good or make us good -- anyway, to do something to us or to make us something. Hence the new name 'leaders' for those who were once 'rulers'. We are less their subjects than their wards, pupils, or domestic animals. There is nothing left of which we can say to them, 'Mind your own business.' Our whole lives are their business.

I write 'they' because it seems childish not to recognize that actual government is and always must be oligarchical. Our effective masters must be more than one and fewer than all. But the oligarchs begin to regard us in a new way.

Here, I think, lies our real dilemma. Probably we cannot, certainly we shall not, retrace our steps. We are tamed animals (some with kind, some with cruel, masters) and should probably starve if we got out of our cage. That is one horn of the dilemma. But in an increasingly planned society, how much of what I value can survive? That is the other horn.

I believe a man is happier, and happy in a richer way, if he has 'the freeborn mind'. But I doubt whether he can have this without economic independence, which the new society is abolishing. For economic independence allows an education not controlled by Government; and in adult life it is the man who needs, and asks, nothing of Government who can criticise its acts and snap his fingers at its ideology. Read Montaigne; that's the voice of a man with his legs under his own table, eating the mutton and turnips raised on his own land. Who will talk like that when the State is everyone's schoolmaster and employer? Admittedly, when man was untamed, such liberty belonged only to the few. I know. Hence the horrible suspicion that our only choice is between societies with few freemen and societies with none.

Again, the new oligarchy must more and more base its claim to plan us on its claim to knowledge. If we are to be mothered, mother must know best. This means they must increasingly rely on the advice of scientists, till in the end the politicians proper become merely the scientists' puppets. Technocracy is the form to which a planned society must tend. Now I dread specialists in power because they are specialists speaking outside their special subjects. Let scientists tell us about sciences. But government involves questions about the good for man, and justice, and what things are worth having at what price; and on these a scientific training gives a man's opinion no added value. Let the doctor tell me I shall die unless I do so-and-so; but whether life is worth having on those terms is no more a question for him than for any other man.

Thirdly, I do not like the pretensions of Government --the grounds on which it demands my obedience-- to be pitched too high. I don't like the medicine-man's magical pretensions nor the Bourbon's Divine Right…. I believe in God, but I detest theocracy. For every Government consists of mere men and is, strictly viewed, a makeshift; if it adds to its commands 'Thus saith the Lord', it lies, and lies dangerously.

On just the same ground I dread government in the name of science. That is how tyrannies come in. In every age the men who want us under their thumb, if they have any sense, will put forward the particular pretension which the hopes and fears of that age render most potent. They 'cash in'. It has been magic, it has been Christianity. Now it will certainly be science. Perhaps the real scientists may not think much of the tyrants' 'science'-- they didn't think much of Hitler's racial theories or Stalin's biology. But they can be muzzled.

We must give full weight to Sir Charles's reminder that millions in the East are still half starved. To these my fears would seem very unimportant. A hungry man thinks about food, not freedom. We must give full weight to the claim that nothing but science, and science globally applied, and therefore unprecedented Government controls, can produce full bellies and medical care for the whole human race: nothing, in short, but a world Welfare State. It is a full admission of these truths which impresses upon me the extreme peril of humanity at present.

We have on the one hand a desperate need; hunger, sickness, and the dread of war. We have, on the other, the conception of something that might meet it: omnicompetent global technocracy. Are not these the ideal opportunity for enslavement? This is how it has entered before; a desperate need (real or apparent) in the one party, a power (real or apparent) to relieve it, in the other. In the ancient world individuals have sold themselves as slaves, in order to eat. So in society. Here is a witch-doctor who can save us from the sorcerers -- a war-lord who can save us from the barbarians -- a Church that can save us from Hell. Give them what they ask, give ourselves to them bound and blindfold, if only they will! Perhaps the terrible bargain will be made again. We cannot blame men for making it. We can hardly wish them not to. Yet we can hardly bear that they should.

The question about progress has become the question whether we can discover any way of submitting to the worldwide paternalism of a technocracy without losing all personal privacy and independence. Is there any possibility of getting the super Welfare State's honey and avoiding the sting?

Let us make no mistake about the sting. The Swedish sadness is only a foretaste. To live his life in his own way, to call his house his castle, to enjoy the fruits of his own labour, to educate his children as his conscience directs, to save for their prosperity after his death --- these are wishes deeply ingrained in civilised man. Their realization is almost as necessary to our virtues as to our happiness. From their total frustration disastrous results both moral and psychological might follow.

All this threatens us even if the form of society which our needs point to should prove an unparalleled success. But is that certain? What assurance have we that our masters will or can keep the promise which induced us to sell ourselves? Let us not be deceived by phrases about 'Man taking charge of his own destiny'. All that can really happen is that some men will take charge of the destiny of the others. They will be simply men; none perfect; some greedy, cruel and dishonest. The more completely we are planned the more powerful they will be. Have we discovered some new reason why, this time, power should not corrupt as it has done before?

- from Willing Slaves of the Welfare State: Is Progress Possible?,  C. S. Lewis
First published in The Observer on July 20, 1958