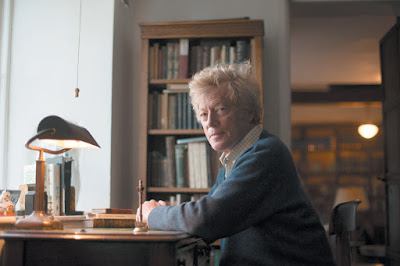 Roger Scruton, the English philosopher and writer, died on January 12, 2020.  Here are just a few pearls of wisdom from Sir Roger:

"Through the pursuit of beauty we shape the world as a home, and in doing so we both amplify our joys and find consolation for our sorrows."

"It is not the truth of Marxism that explains the willingness of intellectuals to believe it, but the power that it confers on intellectuals, in their attempts to control the world. And since, as Swift says, it is futile to reason someone out of a thing that he was not reasoned into, we can conclude that Marxism owes its remarkable power to survive every criticism to the fact that it is not a truth-directed but a power-directed system of thought."


"It is not enough to be nice; you have to be good. We are attracted by nice people; but only on the assumption that their niceness is a sign of goodness."

"We should not value education as a means to prosperity, but prosperity as a means to education. Only then will our priorities be right. For education, unlike prosperity is an end in itself. .. power and influence come through the acquisition of useless knowledge. . . irrelevant subjects bring understanding of the human condition, by forcing the student to stand back from it."

"When art becomes merely shock value, our sense of humanity is slowly degraded."

"Beauty is vanishing from our world because we live as though it does not matter."

"The two most potent post-war orthodoxies--socialist politics and modernist art--have at least one feature in common: they are both forms of snobbery, the anti-bourgeois snobbery of people convinced of their right to dictate to the common man in the name of the common man."

"Art once made a cult of beauty. Now we have a cult of ugliness instead. This has made art into an elaborate joke, one which by now has ceased to be funny."

"In place of the old beliefs of a civilization based on godliness, judgment and historical loyalty, young people are given the new beliefs of a society based on equality and inclusion, and are told that the judgment of other lifestyles is a crime. ... The 'non-judgmental' attitude towards other cultures goes hand-in-hand with a fierce denunciation of the culture that might have been one's own."

"Rational argument can get us just so far… It can help us to understand the real difference between a faith that commands us to forgive our enemies, and one that commands us to slaughter them. But the leap of faith itself — this placing of your life at God's service — is a leap over reason's edge. This does not make it irrational, any more than falling in love is irrational."