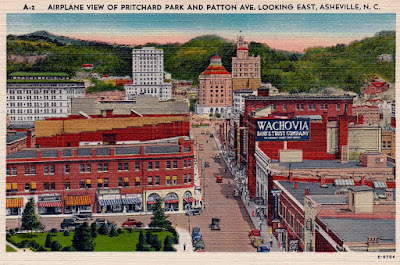 Aspects and Assumptions of Whiteness

I have a couple of baskets where I toss my car keys and junk mail when I get home.  Seeing a picture of the National Museum of African American History and Culture reminded me of those baskets.  The building looks like it is covered with raffia, but ALAS it is aluminum. 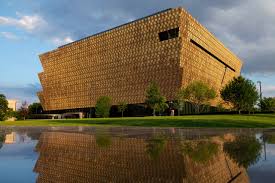 The museum has some cool things like Chuck Berry’s red Cadillac and Emmett Till’s glass-topped casket.  But the museum made the news this week for something else.  They got called out for a chart that appeared on their website:  “Aspects and Assumptions of Whiteness & White Culture in the United States.”

A couple of heavyweights criticized the chart on social media.  Author Ben Shapiro described the chart as crazy and evil and said it "suggests all pathways to success - hard work, stable family structure, individual decision-making - represent complicity in white supremacy." Donald Trump Jr. tweeted the graphic on Wednesday, "These aren't 'white' values. They're American values that built the world's greatest civilization. They help you succeed here, no matter your color. So make no mistake, Biden's radicals aren't coming for 'whites,' they're coming for the entire American way of life."

The chart is simplistic stereotyping carried to an extreme.  I thought about satirizing the chart with one displaying the “Aspects and Assumptions of Blackness & Black Culture” but the Social Media Thought Police would be all over that quicker than you can say “hog jowls and collard greens.”

The information on the chart came from a 1978 book, "White Awareness: Handbook for Anti-Racism Training" by Judy H. Katz, according to the museum.  (The Katz book gets a paltry 2 ½ stars from reviewers on Amazon.  The most succinct critic termed the book “absolute vomit.”) 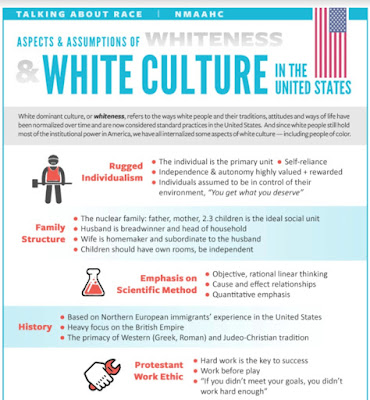 Depending on your perspective, the chart extols the virtues of so-called “whiteness.”  But to me, the traits are neither common to all whites, nor exclusive to whites.  So what is the point?  For the most part, they describe the characteristics of people who make the world a better place: individualism, hard work, valuing the nuclear family, and delayed gratification, to mention a few.

After the criticism, the museum removed the chart from their website and tweeted:

We erred in including the chart. We have removed it, and we apologize. We are reviewing our policies to ensure that our digital materials reflect the quality you have come to expect. Education is core to our mission. We thank you for helping us to be better.

In all fairness, the museum has been shut down for a few months thanks to the Plandemic.  The staff was probably bored and they sure managed to get some attention.  The museum has an annual budget in excess of $50 million.  I guess nobody thought there was a better way to spend that kind of money. 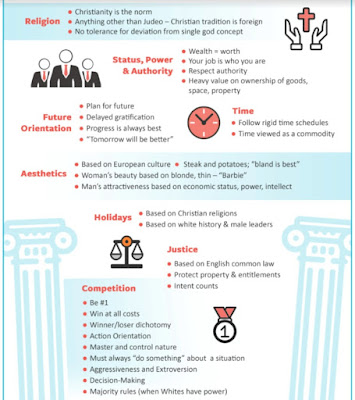 Here’s the funny part – the chart they removed is actually complimentary of “whiteness.”

What they allowed to remain on their website was quite predictable and far more negative:

This white-dominant culture … operates as a social mechanism that grants advantages to white people, since they can navigate society both by feeling normal and being viewed as normal....

Whiteness (and its accepted normality) also exist as everyday microaggressions toward people of color. Acts of microaggressions include verbal, nonverbal, and environmental slights, snubs or insults toward nonwhites....

If you identify as white, acknowledging your white racial identity and its privileges is a crucial step to help end racism. Facing your whiteness is hard and can result in feelings of guilt, sadness, confusion, defensiveness, or fear....

How should those who "identify as white" respond?  The public pageant of self-loathing, de rigueur these days, amounts to little more than self-aggrandizement.  There really is something distasteful about people exalting themselves via self-flagellation.


Last month, the New York Times published an essay by George Yancy — an African American philosophy professor at Emory University whose work considers race, racism and whiteness in American life — enjoining white readers to consider their place within a racist system, “to tarry, to linger, with the ways in which you perpetuate a racist society, the ways in which you are racist.” Only by doing that work, he argues, can you feel “a form of love that enables you to see the role that you play (even despite your anti-racist actions) in a system that continues to value black lives on the cheap.”

In other words, the first step toward solving the problem is acknowledging that there is one.

That’s fine as far as it goes, but there’s a trap within his request: public self-indictment is impossible.

Which isn’t to say that I don’t appreciate Yancy’s attempt to address white complicity in white supremacy — I agree completely with the basic claim that we live in a system rife with racial inequality and white privilege. In saying that self-indictment is impossible, I don’t mean that it’s an unfair thing to ask of white people. I mean that if genuine contrition and meaningful apology are the purpose of self-criticism — for complicity in white supremacy or anything else — then the practice is a paradox because the very performance of self-indictment, in this context, functions as a form of self-congratulation.

Take a prototypical example of the genre. After describing himself as “white, male, heterosexual, Christian, able-bodied, tall, thin, blue-eyed, blonde of hair,” someone who “would blend in well in any country club or upscale private school,” Mic’s Charles Clymer claims that “acknowledging my privilege has been liberating for me; it has made me a better person and better equipped to stand beside those who suffer prejudice, often in silence.” Strange that self-criticism seems so similar to self-improvement, and is expressed in such terms of self-congratulation.

Yancy’s entreaty suggests this form of self-critique is quite rare, yet there’s an entire cottage industry devoted to it. Similar arguments calling for white people to own their privilege have been published in places like the Huffington Post and Salon. Popular sites like YouTube and Tumblr play host to hundreds of earnest white people, eagerly disclaiming white privilege and their complicity in white supremacy. White rapper Macklemore recently released his second track concerning his own white privilege. Those who publicly go through with this ritual are, ostensibly, undertaking the hard work that Yancy asks for, waging “war within themselves.” Yet they don’t appear to be at war, at all. Despite their declarations of guilt, they don’t appear guilty. If anything, they have always struck me as supremely self-satisfied.

… But it’s unclear what asking people to identify their racism or white privilege actually accomplishes. Presumably, acknowledging white privilege comes before some substantively anti-racist action, but specific definitions of such action remain elusive….

This, in turn, presents a larger problem. The discourse of this school of politics is resolutely immaterial in its language, with endless discussion of acknowledging and feeling and admitting and occupying, almost none of which amounts to what anyone might consider doing. Disclaiming white privilege doesn’t lower African Americans’ inordinately high unemployment rate or increase educational opportunities for children of first-generation immigrants….

My argument here, of course, is subject to the same critique: by indicting the people who so conspicuously acknowledge their white privilege, I’m setting myself on a higher plane than they are, and thus guilty of the same kind of jockeying for rank on the righteousness hierarchy I’m critiquing.

But this merely serves to underscore the problem: anti-racism as mental hygiene is a road that has no ending. The question is whether our goal is to be good or to do good.

The perplexing paradox that DeBoer outlines just might be one product of the contemporary trend toward the preeminence of feelings.  We invoke no higher authority than "HOW IT MAKES US FEEL."

John C. Chalberg’s 2017 review of The State of the American Mind: 16 Leading Critics on the New Anti-Intellectualism is entitled “Against the Tyranny of Feelings” and he gets to the meat of the matter:

To get a better feel for the whole collection, one actually might do best by first jumping to the end and reading R. R. Reno’s “The New Antinomian Attitude” before tackling anything else. Then turn to Dennis Prager’s “We Live in the Age of Feelings.” These two essays go a long way toward confirming that what Bloom feared may have finally come to pass—but they may also point toward a recovery of a lost commitment to the life of the intellect, if not to the life of the intellectual.

And there is a difference between the two. If the American educational system can be reformed, the life of the intellect can be restored—and it can be restored for the masses. But the life of the intellectual is another matter entirely. This is especially so for intellectuals on the left who have abandoned reason for feelings. One of the great ironies—and tragedies—of our time is this very abandonment of reason on the part of those claim the mantle of intellectual.

Reno, editor of First Things, gets at that abandonment in his marvelous essay. He begins by reminding us that the American mind has always had a moral dimension. Unfortunately what has happened in modern America is that moral reasoning, such as it is, is carried on “in an Empire of Desire.” According to Reno, the assumption governing this “antinomian sensibility” is that “human beings flourish to the degree that they’re free to satisfy their personal desires, even if those desires run against long-standing moral traditions …”

By Reno’s reckoning, the evil genius responsible for creating this “empire” was not Sigmund Freud, but Norman O. Brown with his 1959 book, Life Against Death. After all, Freud believed that civilized life required placing “repressive” limits on our “instinctual desires.” To put it mildly, Brown passionately disagreed. Instead of repressing desire, he called for its exaltation. More than that, he made desire “his redemptive principle.”

To Reno, Brown’s argument was at once a “stroke of genius” and a disaster for Western civilization. Brown may have styled himself as a “new Moses,” but he gave rise to what Pope Benedict XVI called the dictatorship of relativism, not to mention what Reno calls the “harrying mentality of political correctness.” As Reno also notes, political correctness offers nothing by way of a moral vision, but is instead a “regulatory regime … that works to impose the singular antilaw in the Empire of Desires: it is forbidden to forbid.”

Reno concludes by asking his readers to recognize the “downward push of the Empire of Desire,” a push in the direction of accepting that the “essence of life is sexual desire and the will-to-power.”

Prager reinforces Reno’s central argument while pushing the argument in a more overtly political direction. His target is the anti-intellectual project that is at the heart of the left in the West. And at the heart of that project is … the heart. The problem is that the human heart is a “morally weak” instrument, and one that is key to the establishment of Reno’s Empire of  Desires.

It is also at the heart of the success of leftism, which Prager deems to have been the “most dynamic religion of the past century.” Leftism combines two very powerful drives: one which tells us that each of us is our own moral authority and the other which tells us that our feelings are our morals. As Prager concludes, it constitutes an “almost irresistible” message to most people, “especially the young.”

Principles end up, in the progressive view, perfectly matching one’s own preferences, invulnerable to any external tradition or moral authority, for who can contest with what I feel is right? 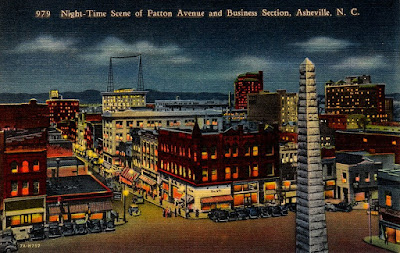 Patton Avenue at Night, Asheville, NC
Posted by GULAHIYI at 5:39 PM No comments: 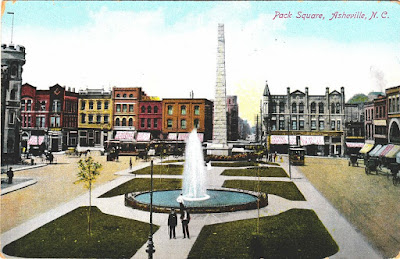 Pack Square and Vance Monument, Asheville, NC
Posted by GULAHIYI at 11:33 AM No comments: