Five years after passage of the Indian Removal Act, President Andrew Jackson was still reasoning with the Cherokee to reach a settlement.  This Jackson letter from 1835 includes a list of inducements offered to the Cherokees for their resettlement, amounting to millions of dollars. 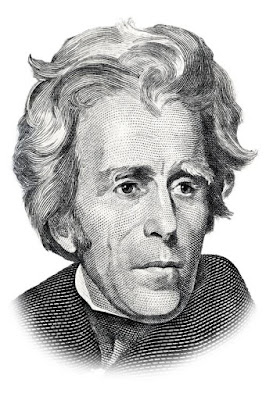 To the Cherokee Tribe of Indians East of the Mississippi river.

MY FRIENDS: I have long viewed your condition with great interest. For many years I have been acquainted with your people, and under all variety of circumstances, in peace and war. Your fathers were well known to me, and the regard which I cherished for them has caused me to feel great solicitude for your situation. To these feelings, growing out of former recollections, have been added the sanction of official duty, and the relation in which, by the Constitution and laws, I am placed towards you. Listen to me, therefore, as your fathers have listened, while I communicate to you my sentiments on the critical state of your affairs.

You are now placed in the midst of a white population. Your peculiar customs, which regulated your intercourse with one another, have been abrogated by the great political community among which you live; and you are now subject to the same laws which govern the other citizens of Georgia and Alabama. You are liable to prosecutions for offences, and to civil actions for a breach of any of your contracts.-Most of your people are uneducated, and are liable to be brought into collision at all times with their white neighbors. Your young men are acquiring habits of intoxication. With strong passions, and without those habits of restraint, which our laws inculcate and render necessary, they are frequently driven to excesses which must eventually terminate in their ruin.

The game has disappeared among you, and you must depend upon agriculture and the mechanic arts for support. And, yet, a large portion of your people have acquired little or no property in the soil itself, or in any article of personal property which can be useful to them. How, under these circumstances can you live in the country you now occupy? Your condition must become worse & worse, and you will ultimately disappear, as so many tribes have done before you.

Of all this I warned your people, when I met them in council eighteen years ago. I then advised them to sell out their possessions East of the Mississippi and to remove to the country west of that river. This advice I have continued to give you at various times from that period down to the present day, and can you now look back and doubt the wisdom of this council? Had you then removed, you would have gone with all the means necessary to establish yourselves in a fertile country, sufficiently extensive for your subsistence, and beyond the reach of the moral evils which are hastening your destruction. Instead of being a divided people as you now are, arrayed into parties bitterly opposed to each other, you would have been a prosperous and a united community. Your farms would have been open and cultivated, comfortable houses would have been erected, the means of subsistence abundant and you would have been governed by your own customs and laws, and removed from the effects of a white population. Where you now are, you are encompassed by evils, moral and physical, & these are fearfully increasing.

Look even at the experience of the last few years. What have you gained by adhering to the pernicious counsels which have led you to reject the liberal offers made for your removal? They promised you an improvement in your condition. But instead of that, every year has brought increasing difficulties. How, then, can you place confidence in the advice of men who are misleading you for their own purposes, and whose assurances have proved, from the experience of every year, to be utterly unfounded?

I have no motive, my friends, to deceive you. I am sincerely desirous to promote your welfare. Listen to me, therefore, while I tell you that you cannot remain where you now are. Circumstances that cannot be controlled, and which are beyond the reach of human laws, render it impossible that you can flourish in the midst of a civilized community. You have but one remedy within your reach. And that is, to remove to the west and join your countrymen, who are already established there. And the sooner you do this, the sooner you can commence your career of improvement and prosperity.

A number of your brethren, who have been delegated by that portion of your people favorable to emigration, have repared to this place, in the hope of being able to make some arrangement, which would be acceptable to the government of the United States, and which would meet your approbation. They do not claim the right of making any arrangement which would be binding upon you; but have expressly stated, that whatever they did would be utterly void, unless submitted to and approved by you.

The whole subject has been taken into consideration, and an arrangement has been made, which ought to be, and I trust will be, entirely satisfactory to you. The Senate of the United States have given their opinion of the value of your possessions; and the value is ensured to you in the arrangement that has been prepared. Mr. John Ross, & the party who were with him, expressed their determination to accept, so far as they were concerned, such a sum as the Senate might consider just, and promised to recommend and support the same in your general council.-The stipulations contained in this instrument are designed to afford due protection to private rights, to make adequate provision for the poorer class of your people, to provide for the removal of all, and to lay the foundation of such social and political establishments in your new country as will render you a happy and prosperous people. Why, then, should any honest man among you object to removal? The United States have assigned to you a fertile and extensive country, with a very fine climate adapted to your habits, and with all the other natural advantages which you ought to desire or expect.

I shall, in the course of a short time, appoint commissioners for the purpose of meeting the whole body of your people in council. They will explain to you, more fully, my views, and the nature of the stipulations which are offered to you.

1st. For an addition to the country already assigned to you west of the Mississippi, and for the conveyance of the whole of it, by patent, in fee simple. And also for the security of the necessary political rights, and for preventing white persons from trespassing upon you.

2d. For the payment of the full value to each individual, of his possession in Georgia, Alabama, North Carolina and Tennessee.

3d. For the removal, at the expense of the United States, of your whole people; for their subsistence for a year after their arrival in their new country, and for a gratuity of one hundred and fifty dollars to each person.

4th. For the usual supply of rifles, blankets, and kettles.

5th. For the investment of the sum of four hundred thousand dollars, in order to secure a permanent annuity.

7th. For the payment of claims.

8th. For granting pensions to such of your people as have been disabled in the service of the United States.

These are the general provisions contained in the arrangement. But there are many other details favorable to you which I do not stop here to enumerate, as they will be placed before you in the arrangement itself. Their total amount is four millions five hundred thousand dollars, which added to the sum of five hundred thousand dollars, estimated as the value of the additional land granted you, makes five millions of dollars. A sum, which if equally divided among all your people east of the Mississippi, estimating them at ten thousand, which I believe is their full number, would give five hundred dollars to every man, woman, and child in your nation. There are few separate communities, whose property, if divided, would give to the persons composing them, such an amount. It is enough to establish you all in the most comfortable manner; and it is to be observed, that besides this, there are thirteen millions of acres conveyed to the western Cherokees and yourselves by former treaties, and which are destined for your and their permanent residence. So that your whole country, west of the Mississippi, will contain not less than thirteen millions eight hundred thousand acres.

The choice now is before you. May the Great Spirit teach you how to choose. The fate of your women and children, the fate of your people to the remotest generation, depend upon the issue. Deceive yourselves no longer. Do not cherish the belief that you can ever resume your former political situation, while you continue in your present residence. As certain as the sun shines to guide you in your path, so certain is it that you cannot drive back the laws of Georgia from among you. Every year will increase your difficulties. Look at the condition of the Creeks. See the collisions which are taking place with them. See how their young men are committing depredations upon the property of our citizens, and are shedding their blood. This cannot and will not be allowed. Punishment will follow, and all who are engaged in these offences must suffer. Your young men will commit the same acts, and the same consequences must ensue.

Think then of all these things. Shut your ears to bad consels. Look at your condition as it now is, and then consider what it will be if you follow the advice I give you.